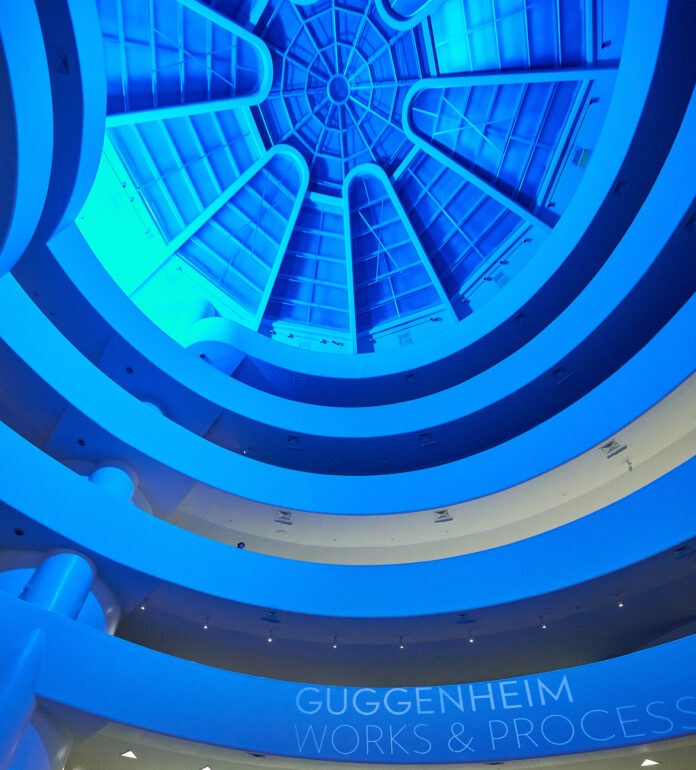 Since Covid-19 hit, the world events were moved to an online setting; however, with the number of cases dropping as of recently, the world is returning to “normal.” As a result, live performances are operating once again. With the guidance of the Department of Health and the generosity of The Andrew W. Mellon Foundation, the Doris Duke Charitable Foundation, and Stephen Kroll Reidy, Work and Process can have two concurrent series of performances taking place at the Guggenheim’s iconic Frank Lloyd Wright-designed rotunda. While they will reduce the event capacity and following CDC guidelines, it will be among the first indoor performances the state has permitted since it closed venues because of the pandemic a year ago.

This event will take place from March 20th to June 20th, with select days for each performance. Some of the scheduled performances were: Rhapsody in Blue, a kaleidoscope of New York by Caleb Teicher & Company with Conrad Tao, The Missing Element with Chris Celiz and Anthony Rodriguez “Invertebrate,” Masterz at Work Dance Family with Courtney Topanga Washington, The American Opera Company featuring Anthony Roth Costanzo, Trapped by Tatiana Desardouin, performed by Passion Fruit Dance Company, Dance Heginbotham, New York Is Burning by Omari Wiles, performed by Les Ballet Afrik, The Jazz Continuum with LaTasha Barnes, Unveiling by Sonya Tayeh, with music by Moses Sumney, UnderScored by Ephrat Asherie Dance, in collaboration with New York City’s club legends, and Rose by John Jarboe, with The Bearded Ladies Cabaret. These New York-based artists can amplify underrepresented voices and the performing arts culture.

Aside from the scheduled performances, there will be surprised daytime performances at the Guggenheim. These unannounced events will offer visitors a joyful, live, and safe experience. Performers from organizations such as Jazz at Lincoln Center, the Metropolitan Opera Lindemann Young Artist Development Program, The Santa Fe Opera, Glimmerglass Festival, the Paul Taylor American Modern Dance, and more have been invited.

Not only will this event help people return to a sense of normality when it comes to events and supporting underrepresented artists and performing arts culture, but it will also jump-start the performing arts sector in New York City. This is because several of these Works & Process pieces will be presented in matinee performances at Restart Stages. This collaboration reimagines and reactivates public space for a new era. Along with this, select Works & Process projects will also be featured as part of NY PopsUp, an expansive festival featuring hundreds of pop-up performances throughout New York City.

As mentioned before, one of the main priorities with this re-opening is the safety of others this includes the performing artists. They have been incubated inside two-week-long Works & Process bubble residencies in upstate New York, making it possible for artists to create and rehearse together safely. On the last day of each residency, the artists will travel together to the museum and present a thirty-minute live performance in the rotunda. Also, if someone does not feel comfortable attending the event, the Works & Process Artists (WPA) Virtual Commissions series will conclude.

New Film ‘Till’ Will Appear at NYC Film Festival