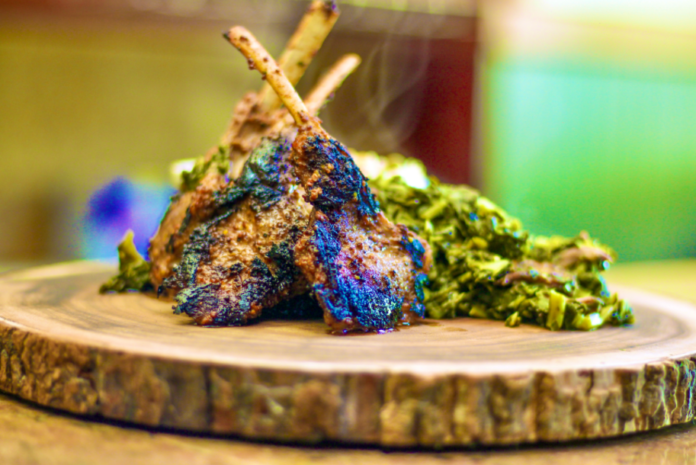 Starting his career as a mere teenager, Chef Glaze unearthed his vast zeal for cooking. As a result, he began gaining as much experience in the hospitality and food industry as possible. During his adolescence, Chef Glaze’s affinity for cooking and creating meals expanded effortlessly. He began his experimentations with a variety of diverse seasonings and flavor palettes. Chef Glaze then took part in a mentorship program that presented him with the opportunity to deepen his knowledge and skillset in the refinement of the hospitality industry, which allowed him to continually grow and elevate throughout the duration of his culinary career.

ENSPIRE reached out to Chef Glaze about his journey to becoming an entrepreneur.

What inspired you to get involved in the food industry?
My inspiration for this food industry is truly based on me always wanting to be someone that inspires others to follow their passion in life, to guide them even if they may not be as gifted as the person to the right or left of them.

How did you come up with the name “Glaze Kitchen” for your restaurant?
In my early cooking stages, I made this Glaze salmon for a BBQ; after that, everyone called me Glaze, so when the time came for me to start my brand/ restaurant, I couldn’t figure out what would be a unique name until it just hit me why not use the name that was given to me by my day one fan, close friends, and family, of course, Glaze Kitchen.

How did it feel to be voted for the best Guyanese cheese by the United Nations for 2019?
Being voted best Guyanese chef for my country was a turning point for me in my career. It was exciting and full of many promises, not to mention an accomplishment that I could cherish. In addition, I was making my family and everyone with a Guyanese background proud of me.

You started your career at a young age. What advice would you give to other young people who want to become an entrepreneur?
Becoming an entrepreneur isn’t easy, but anything worth having is worth working for, so follow your passion and dreams.

Chef Glaze’s journey from starting his culinary career at a young age to successfully opening up his restaurant is remarkable. One can only aspire to achieve such accomplishments as an entrepreneur as Chef Glaze has achieved.