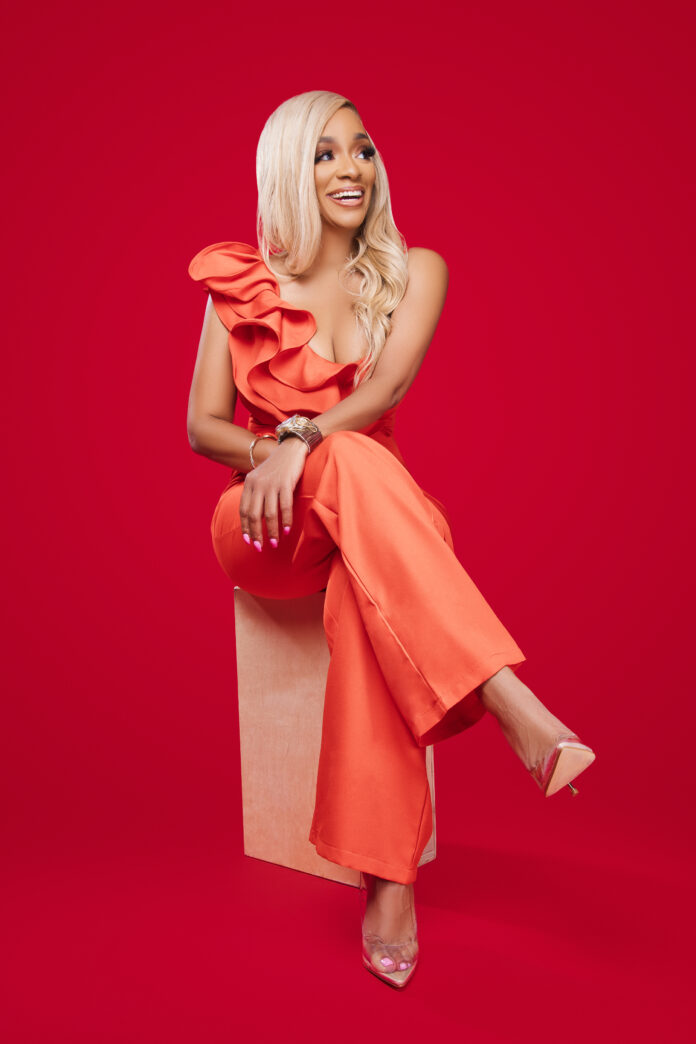 Author, philanthropist, public speaker, entrepreneur, and mom, Kym Feltus is accomplishing many goals in several industries across the country all with a common theme: helping people. Kym Feltus had a long journey of facing domestic violence and homelessness. She felt it was important to create a safe environment for victims of domestic violence to come together, heal, and recover from the pains of their pasts.

Feltus was in an abusive relationship and found herself being the victim of domestic violence. When she finally gathered the strength to leave, she grabbed her children, a trash bag of clothes, and found herself homeless living in a women’s shelter. She went through a deep depression, and the woman who was consistently the helper in most environments now found herself in need of help. Feltus was able to recover as a newly single mom and use her experience to continue to help other people — thus, “Conversations with Kym” was born.

ENSPIRE talked to Kym Feltus about her life journey and how she kept moving forward.

What gave you the strength to keep moving forward with greater accomplishments even after facing domestic violence and homelessness?

Your work with Vivica A. Fox to stop domestic violence is truly remarkable. How did this collaboration come about?

It began in 2016. I moved to Los Angeles from Dallas, and before Conversations with Kym, I’ve always used my platform to give my testimony of survival. I was having an event during BET Awards weekend, and a friend of mine was her publicist and offered Vivica to appear at my event. When Vivica heard my testimony of
survival, she got up in front of the entire audience and declared that she would use her platform to push my initiative. My story so moved her she dedicated herself to make sure people heard the stories of survival. It’s 2021, and she has ALWAYS kept her promises. Whenever my foundation needed her, she was there with no hesitation. I will always be grateful to her for keeping her word.

I suggest every woman who’s suffered DV to dedicate herself to therapy. Find a therapist who specializes in abuse. I found going to therapy this time around because my childhood traumas were still dictating what type of relationships I found myself engaged in. When I began therapy during the pandemic, it was initially marriage counseling because my spouse and I had just had a domestic violence situation. Trying to save
the relationship knowing it was toxic and unhealthy for my children, made me realize that my spouse didn’t want me to get better. So marriage counseling ended up being individual counseling for me. The deeper we got into therapy, the less interested my spouse became. He eventually stopped all together. He actually told me that his fear was if I continued therapy then I would leave him. At that moment, I
realized he wanted me to remain broken and emotionally unhealthy to stay with him because a healed and healthy Kym would never be in a relationship like that.

What advice can you give other women looking for their passions and become entrepreneurs?

Do what you love, and the money will follow. First, make sure you are in a healthy emotional space before you pursue entrepreneurship. Your emotional state will dictate your success. Your emotional state will directly affect how you run your business, lead your employees, and negotiate contracts. Especially for us
black women who have suffered traumas, we have to make sure we are in a healthy mental space so we can
properly lead.

What are some future topics that you would like to address on “Conversations with Kym”?

The story of Kym Feltus is of how one woman has gone from homelessness to affecting tens of thousands of people around the world to spread empowerment in multiple industries. Her platform “Conversations with Kym” has helped many individuals who suffer domestic violence openly talk about their feelings in a safe environment.

CLEO TV Shows Flavor From Around the World in “New Soul...