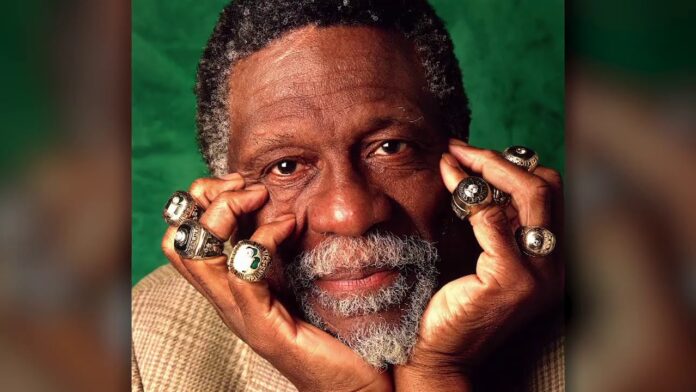 Coming on a date soon to be announced, NBA Legend Bill Russell will auction off some of his most notable memorabilia, ranging from NBA Championship rings to personal mementos from his work during the Civil Rights Era. The auction is tentatively scheduled for Fall or early Winter this year, where it will be held in Boston, home of the Celtics, where Russell spent his 13 years as player and coach, helping build them into the dynasty they are today. Hunt Auctions, which has overseen many other auctions of sports legends such as Joe DiMaggio and Johnny Unitas, will help the auction, ensuring that this event will go off without a hitch.

The auction proceeds will go in part to the Mentor program Russell helped co-found over three decades ago. Its goal is to strengthen mentoring relationships in communities, especially in areas where children do not have the same access to opportunities as their peers. In addition, donations will be made to Boston Celtics United for Social Justice to help address racial and social injustices in the Boston area. At age 87, Bill Russell continues to contribute as much as he can to his community and work towards improving our society, using whatever resources he can, including his own hard-earned memorabilia. This undying dedication to making the world a better place we all should admire, and when the auction occurs this fall, we should all try to tune in to see how we can help.

For those who might have forgotten a bit about Russell’s absurdly successful NBA career, we can fill you in with some simple stats. He began his career with the Boston Celtics in 1956 and played with them until 1969. Over this 13-year period, he won 11 NBA Championships, 5 NBA MVP Awards, 12 NBA All-Star Selections, and 11 All-NBA Team Selections. In short, no one wanted to play the Celtics, and a big reason for that was because if you were trying to score, Russell was going to make sure that would not happen. Russell’s style of play was also unique, almost reflecting his open and charitable demeanor, where he instead focused on getting the win instead of personal statistics, leading him to be viewed as more of a defensive player despite his all-around greatness. Regardless, one can see by his number of championships that more often than not, he got the win.

With a career as successful as Russell’s, there will certainly be a wide variety of memorabilia to go around, with some items already being announced, which include his first and last championship rings with Boston. Other items related to his actions during the Civil Rights movement are being hinted at as well. Still, Russell has already said he will keep items like the Presidential Medal of Freedom from President Barack Obama in 2011.

Again, one of the major recipients of this auction will be the Mentor program which Russell helped co-found, going off his idea that “There’s no such thing as other people’s children.” For the Mentor program, as systematic racism and inequity continue to grow within America, each child must have access to opportunities that allow them to explore their full potential. The mentorship program enables children to have healthy development by letting them know they have someone in their corner to turn to if they need it. With this auction, the Mentor program can continue to grow and serve broader and more diverse communities across the nation to increase the quality of life for young people everywhere. While the auction is an impressive start to help increase funding for the program, it is worth checking out yourself at their website to see if you or someone you know would be interested in such an important program.

With one of the most impressive NBA and sports careers of all time, Bill Russell was already a legendary figure to look up to. However, his legacy is so much more than that, including overcoming insidious racism throughout his career to achieve that legacy, speaking up for various Civil Rights Causes, and continuing to give back and work for his community when he could just as easily say to himself that he’s already done enough. His insatiable desire to make the world a better place is inspirational, and we should all look to programs such as Mentoring and Boston Celtics United for Social Justice to see if we, too, can make a change.

Power In Wellness Presented by SALUD