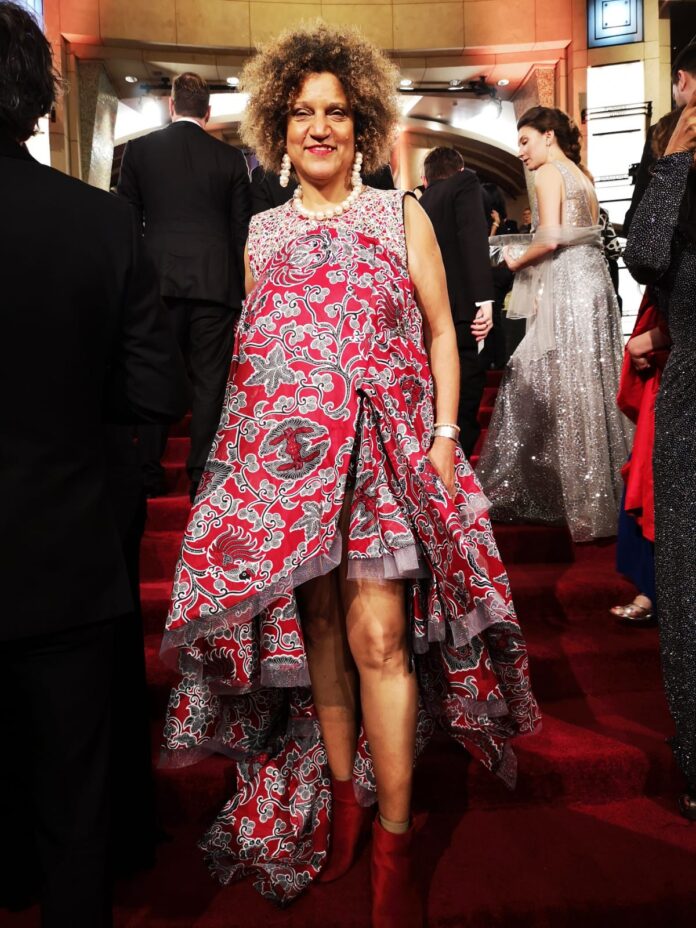 ( ENSPIRE She Did That ) Frances-Anne Solomon Work In The Caribbean, Canadian, And Africana Diaspora

Frances-Anne Solomon is one of the many female filmmakers making a name for themselves as champions in the film business. Throughout her career, Solomon has been a film and television director, curator, and businesswoman. She continues to expand from these accomplishments. Solomon started with BBC as a TV Drama Producer and Executive Producer. Her productions included Love Is the Devil: Study for a Portrait of Francis Bacon (1998; dir. John Maybury) and Speak Like a Child (1998; dir. John Akomfrah). In addition, Solomon was the co-creator, producer, and director of Lord Have Mercy! , Canada’s first Caribbean sitcom that aired on Vision TV and Toronto 1.

Solomon’s latest feature film is HERO: Inspired by the Extraordinary Life & Times of Mr. Ulric Cross. HERO has received wide critical acclaim and is now available on ShowTime in the US. Solomon is currently a Director member of the Academy of Motion Picture Arts and Sciences (AMPAS) and the Director’s Guild of Canada. Moreover, Solomon is the founder and CEO of the CaribbeanTales Media Group, which produces, exhibits, and distributes Black content for a global audience. She recently held the virtual CaribbeanTales TV Film Festival, which showcases a stellar array of television shows, movies, series, and short films from Canada, African countries, and the Caribbean.

Additionally, Solomon is the founder of CineFAM, a Haitian Creole word translating to “films by women.” The festival’s mandate is to support bold, original stories by Women of Color Creators around the globe. Annual initiatives include the film festival, a short film challenge for emerging filmmakers, and a partnership with the Durban Filmmart to develop South Africa/Canada co-production led by African women. 2021 is an exciting year for CineFAM, with the launch of an interactive e-portal, showcasing & connecting 150+ Canadian Women of Color creators. 2020 was rigorous for Solomon, as the COVID pandemic and otherworldly issues prevented many media productions from going underway or in person. She looked back on how such horrific events have affected her and others around her. “Last year, we grieved with George Floyd’s family and friends. We prayed, protested, and spoke loudly about this unspeakable murder [and] hope that 2021 has brought some peace for the Floyd family and encouragement for us all to keep standing up for justice.

“At CaribbeanTales, we continue our mission of helping to end systemic racism by paving the road for diverse film and television producers to tell their stories to the widest audiences possible. And, we are committed to working with Black artists to develop and promote new content. In addition, we will endeavor to provide platforms to exhibit these projects at our annual film festivals as an organization. We are humbled and hopeful because of the private and public partners who work with us to carry out our mission,” she said.

The CaribbeanTales International Film Festival (CTFF) 2021 programming includes 50% Caribbean-Canadian content. Celebrating its sixteenth anniversary, CTFF continues its focus on promoting outstanding filmmakers who practice their craft across the Caribbean Diaspora, including Canada, the Caribbean, Europe, the Americas, Africa, China, India, and the Middle East. Attendees can join our hosts, special guests, and filmmakers for live screenings, panel discussions, and talkbacks with the filmmakers. Solomon also helps overlook the Windrush Caribbean Film Festival. A nationwide community of business and creative arts organizations and leaders produced Windrush. The goal is to educate audiences on the contributions of the Windrush generation and their impact. More information and history on Windrush citizens are found via BBC News and Freedom From Torture Website.

We honor Frances-Anne Solomon’s work and her tremendous caring spirit. We hope to see more work from her soon.

Links that may interest you: Hero: Inspired By The Extraordinary Life & Times of Mr. Ulric Cross, Watch Now On SHOWTIME | Amnesty and Safety For The Windrush Generation: Human Rights Issue

Another article that may interest you: OTV Celebrated Women With “Filmmaking While Femme” – ENSPIRE Magazine.

Tianyu is the Leader in Chinese Lantern Cultural Festivals