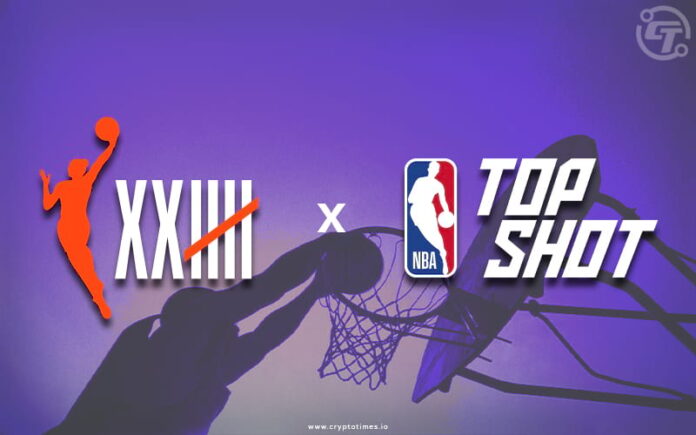 As the WNBA’s 25th season progresses, more and more exciting news and events have been released, from the recent Vote for the Goat contest to the new release of WNBA Top Shot collectibles. The first WNBA Top Shot drop pack was released on August 27th, but more are sure to come, and one can always trade with friends on the Top Shot website. This Top Shot program came from the collaboration between the WNBA, Women’s National Basketball Players Association (WNBPA), and OneTeam Partners and Dapper Labs, which is the company behind NBA Top Shot and the Flow blockchain, which allows fans the ability to own the iconic WNBA moments that matter to them. Headlined by 2020 WNBA MVP A’ja Wilson and Naismith Memorial Basketball Hall of Famer Lisa Leslie, the new WNBA moments are available on the same Top Shot platform used for NBA Top Shot.

Caty Tedman, Dapper Lab’s Head of Partnerships, spoke to their excitement around the arrangement, stating that “In their monumental 25th season, we couldn’t be more excited to debut the WNBA and the players on Top Shot. We’re focused on revolutionizing how fans connect to the sports and players they love and share a goal to transform the fan experience. In the spirit of the iconic and trailblazing league they are, this launch is just the beginning of what we have in store for the W and its fans.” The WNBA has already received a lot of attention because of its involvement in social justice issues, and hopefully, this partnership brings greater awareness to both these issues and the phenomenal talent of the WNBA’s players.

While a great way to collect and share some of the most exciting moments of the WNBA, Top Shot is also readily available to the public. From the moment they engage on the Top Shot marketplace, secured by Flow, the blockchain developed for consumer experiences at scale, WNBA fans new to Top Shot will be immersed in a world where they can discover great plays, open packs to collect epic WNBA Moments, show off their collections, and trade with their peers. It’s as easy as visiting the WNBA Top Shot website.

Like Caty Tedman, Christy Hedgpeth, WNBA Chief Operating Officer, is also thrilled by the partnership and what it can bring to the league. As she says, “Top Shot presents an exciting opportunity for the WNBA to engage passionate fans on a whole new level and celebrate the league as it continues to make history. We have been at the forefront of innovation in many respects, and partnering with Dapper Labs on Top Shot allows us to highlight the talent and incredible performances of WNBA players in a heightened way through a digital experience.” In addition, the Executive Director of the WNBPA Terri Jackson, echoed these sentiments, speaking to how this could further involve fans into the game and expand the brand into the digital marketplace.

Overall, it’s a fascinating development for the WNBA, allowing them to further expand their brand into the digital marketplace, including areas such as NFTs, and in doing so, showcase some of the most jaw-dropping moments the WNBA offers. For a league known for its innovation and trailblazing, this collaboration can bring even more attention to a league that provides a significant amount regarding entertainment and ability and positive community and social change. Alongside other programs such as Vote for the Goat in this remarkable 25th season, expect big things from this season in the WNBA.