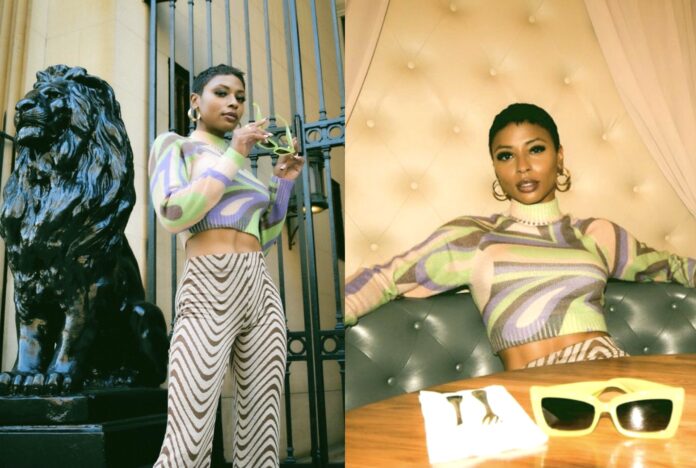 Lady Matt is a star on the rise who is finally stepping into the spotlight. The Houston,TX native grew up listening to some of her favorites including Tina Turner, TLC, Destiny’s Child, Gucci Mane, Lil Jon, Scarface and Paul Wall but never really dreamed of being an artist herself. The young athlete who trained in dance and excelled in Cheerleading truly learned the art of discipline. This hard work, focus and determination all would help her in her journey to music. Now most would think she’s been working toward this for years , but little does the world know that Lady Matt has only been going at this for a year.

Now although she always had a passion for music, Fashion played a big part in her journey. While attending Lamar University she studied Fashion Merchandising which allowed her to study abroad in Paris and work on High fashion couture runway shows. After that life-changing experience she expanded her artistry and stepped from behind the scenes of fashion and took center stage as a model. Being a model might look easy and Lady Matt definitely shined on camera but she truly wanted more for herself and set her sites on bigger things in NYC. Moving to a city like NY can be very overwhelming for many but as we know, she was already used to hard work and her dedication for her passion led her to go after her dreams even when it seemed like it couldn’t be a reality.

Within time she realized that her love for fashion and modeling only made her desire to do music even stronger. Over the last year she continues to study artist like Nicki Minaj, Mulatto and City Girls among others who had a strong presence in lyricism which led her to put out freestyles over Mystikal’s ‘ Here I Go’ and Cardi B’s ‘WAP’. This ultimately which created a buzz online as her growing fan base patiently waited for more from the rising star. But now the time has come to give them what they’ve been waiting for as she teams up with producer Juice Jones and rapper/songwriter Mino for her debut single ‘Left’. Check out the premiere of her new video for her single which is just a taste of what’s to come from her highly anticipated debut EP set to drop next spring.