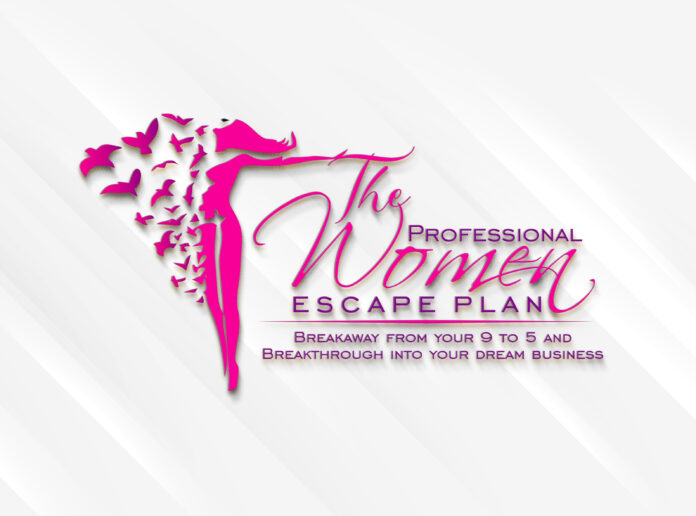 The Professional Women’s Escape Plan is an intensive program that helps female entrepreneurs to learn the ins and outs of starting their own business. Ebone Cruz created it, a black mom who left her 9 to 5 job to become an entrepreneur coach in Riverview, Florida, to help underpaid, overworked women to start their own careers.

Cruz’s story represents a story of victory over adversity. At one point in her life, she lost one of her children during pregnancy. She saw it as extremely difficult to cope with and sought a therapist for help since she never thought she would have to deal with something like this. Cruz wasn’t someone who dealt with her issues on her own, so therapy allowed her to express her feelings, so she is healthy, physically and mentally, for her other children. Along with that, her oldest daughter lost her father when she was in the fourth grade, and from there, Cruz decided she needed to put her stresses aside and be there for her.

She had created the program a year prior, but it gave her faith to believe in herself and her program. Cruz’s children gave her a reason to choose herself and stop settling for a career heavy on her stress and lacked rewards. Later on, she was allowed to run the Tampa mayor’s outreach campaign and was appointed to the position she held with the city. With this, she had no prior training or education in the field, only her natural talent.

When it comes to starting a business, Ebone Cruz believes it could take up to two years to be fully operational, depending on many factors such as finances. She took one year to prepare financially and another to put her program together. Half of the battle has a reliable income that can be used to invest in the building blocks of your business. Outsourcing is really beneficial to Cruz, and she sees it as a lifesaver.

It took Cruz several training courses and obtaining her Master of Business Administration degree to understand business structure. She shares a technique in her program, but the market research conducted in the program will help business owners determine which platform to launch from. After deciding their GVP, greatest valuable proficiency, the next step is packaging and pricing, which can be challenging for many women, including Cruz.

Ebone Cruz’s new program is for all women who have shown an interest in entrepreneur programs. She plans to have an Escaping Corporate Tour to educate women on their options to create the life of their dreams while supporting their families. The program doesn’t start until January 2022, but registration begins on Black Friday. She hopes to see more successful women owning businesses and walking with a purpose.

Another article you may enjoy: Andrew Snorton Writes Books To Innovate And Empower Others – ENSPIRE Magazine