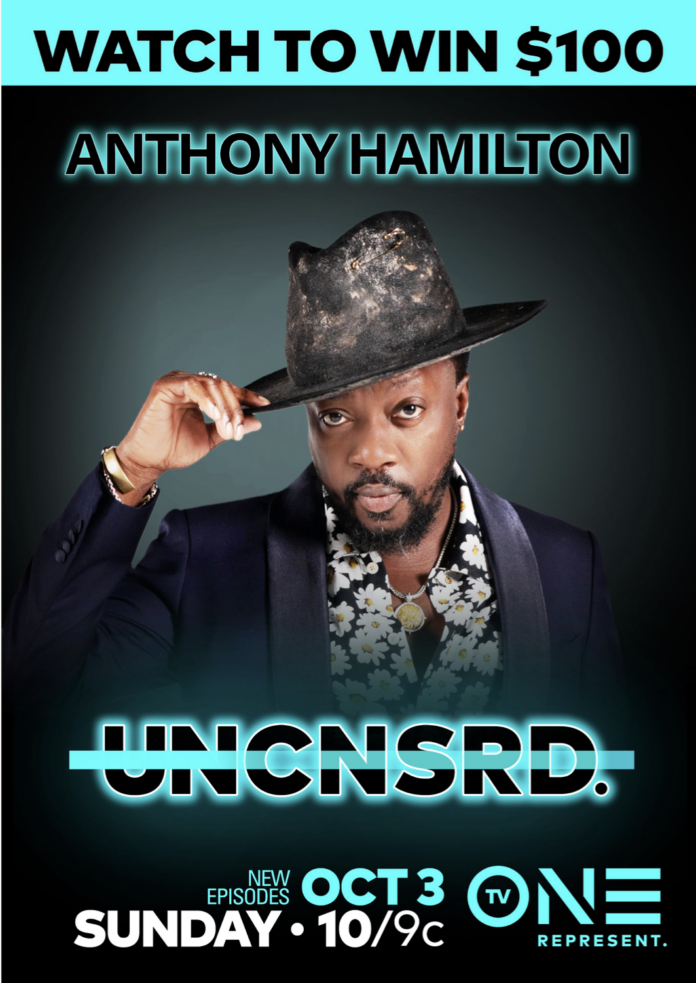 TV One’s autobiographical series UNCENSORED continues with singer, songwriter, actor, and producer Anthony Hamilton on Sunday, October 3rd at 10 PM ET/9C. The hit autobiographical series explores the lives of your favorite personalities as they provide first-hand accounts of their success and the obstacles they faced throughout their careers.

Award-winning singer, songwriter, producer, and actor Anthony Hamilton has achieved global sales of over 50 million albums. The North Carolina Music Hall of Fame inductee notably performed for President Barack Obama and First Lady Michelle, cementing his place in the history books as the “narrator of love.” Introduced by way of the iconic 2003 smash “Charlene,” his raw, awe-inspiring performances garnered the attention of NPR, where he starred in their Noteworthy documentary series. He made his film debut in the critically acclaimed American Gangster and lent his vocals to the song “Freedom” from the Academy Award-nominated film Django Unchained.

Hamilton added author and publisher to his list of accomplishments by unveiling his first self-published book, Cornbread, Fish’ n Collard Greens, where he shares the inspiration for some of the iconic songs in his illustrious career and his love of southern food. Now, the R&B singer is telling never-before-heard stories of his career.

Subscribe to ENSPIRE Magazine’s Newsletter to keep up with the latest Entertainment News and the upcoming “Be-Well” print edition.