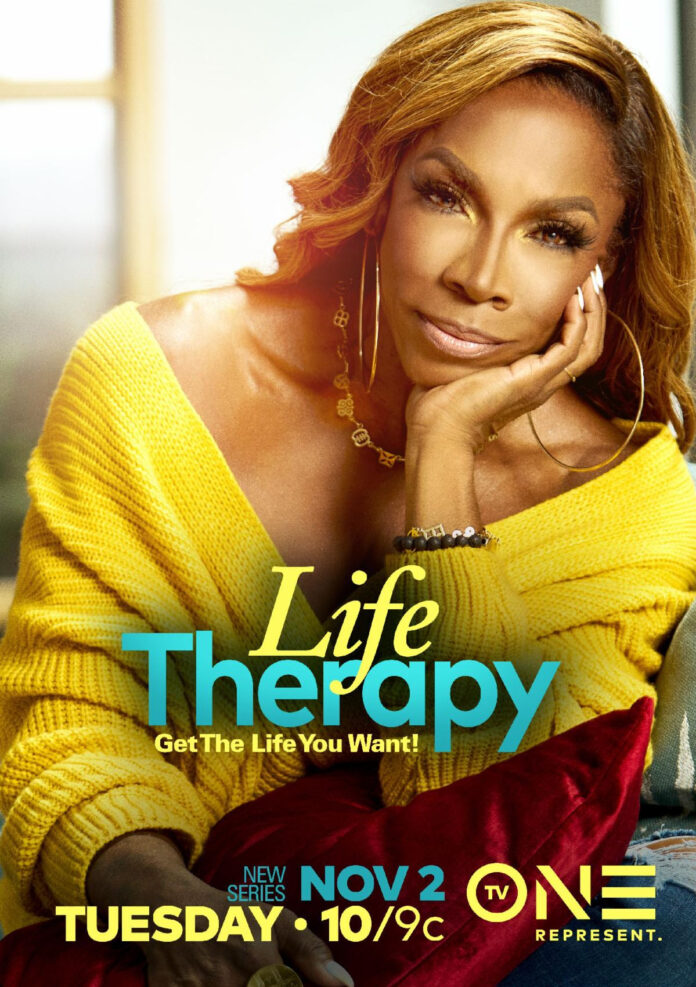 Life Therapy, a must-see life coaching series, provides an intimate look at the stories of individuals who expose their internal struggles in search of healing. In collaboration with trained mental health professionals, ‘AJ’ Johnson uses her natural instinct of nurturing people’s suffering to exude positivity in a genuine effort to improve people’s lives.

On the premiere episode of Life Therapy, AJ visits former model Antonette Currie whose career was prematurely ended by a diagnosis of Lupus. She opens up with Johnson on navigating her mother abandoning her and living with her disfigurement as a result of the disease. Viewers will get an in-depth look at Currie’s story and how AJ and Clinical Psychologist Dr. Alduan Tartt guide her through the acceptance process.

ENSPIRE Magazine had the privilege of covering Antonette’s journey of living with Lupus. AJ Johnson brings Antonette’s story to light, providing a therapeutic means for her to move forward. Life Therapy is a series that will help heal and empower so many struggling with life issues and sometimes themselves.

About the Host: Adrienne-Joi Johnson (AJ Akua Johnson) is an American Actress, Television Producer, Life Coach, and Philanthropist. Since 1987, Johnson has become a cultural icon making many guest appearances on sitcoms, television dramas, and iconic films, including “House Party” and “Baby Boy.” Most recently, in collaboration with the US Embassy, Johnson completed a 4-month journey to West Africa in an effort to create unity programming. Prior to this commitment, AJ completed filming “Love & Hip Hop Miami,” season two of UMC’s “Stuck With You,” streaming hit holiday film, “Holiday Heartbreak,” and the popular television hit “COUPLES RETREAT,” where AJ life coaches America’s most dysfunctional reality show couples. All of her work lives under her brand, The AJ Zone, where she explains it as follows, “THE AJ ZONE is the zone you live in when you want to reach your better! We do not do personal training… we customize the design for one’s better, which is an equation as unique as the individual wanting the transformation!” Johnson has worked with some of Entertainment’s most notable names, including Toni Braxton, Viola Davis, John Krasinski, Chaka Khan, Beyonce, Nicole Ari Parker, Boris Kudjoe, Kelly Rowland, and Michelle Williams, and more.

Living By Design With Jake and Jazz Returns With New Episodes