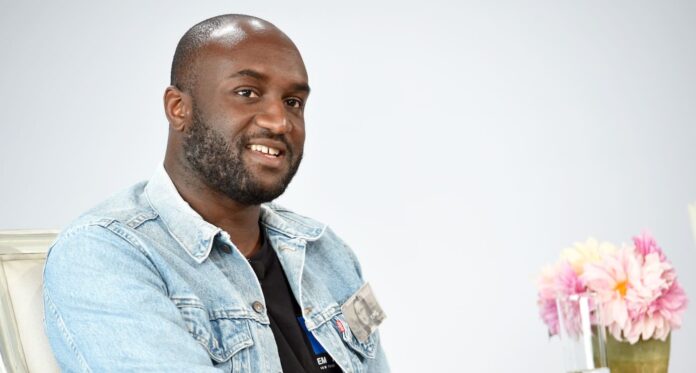 Fashion designer and entrepreneur Virgil Abloh passed away Sunday, November 28th, at 41 years old from cancer. He silently battled a rare form of cancer, cardiac angiosarcoma, for two years while maintaining a strong work ethic. Virgil Abloh has designed many unique looks for celebrities, such as Rihanna and Solange, and became known for his creative fusion of streetwear and high fashion. This fashion designer believed in pushing boundaries and using his artistry to inspire future generations.

Raised by Ghanaian parents in Illinois, Virgil was urged to study engineering before pursuing art. He discovered his interest in creative expression from his seamstress mother and an intro to art history class he took. After obtaining his Bachelor’s in Engineering, Virgil Abloh completed a master’s degree in Architecture. He was exposed to Mies van der Rohe’s design, craft, and art merging. He eventually began a 6-month internship at Fendi alongside rapper, producer, and fashion designer Kanye West.

When discussing his internship experience, Virgil Abloh told W magazine, “We were a generation that was interested in fashion and wasn’t supposed to be there. We saw this as our chance to participate and make current culture. In a lot of ways, it felt like we were bringing more excitement than the industry was.” Crossing paths with Kanye West led him to become a creative director at DONDA and receive an opportunity to direct the album art for Jay-Z’s album “Watch the Throne.”

Desiring to see more diversity in fashion, Virgil Abloh boldly took the next step. He developed his own clothing line by buying shirts and a screen-printer. His brand was called Pyrex Vision and later evolved into what we know as Off-White. His unique perspective on fashion impressed many celebrities and fashion designers. His achievements not only got him several nominations and a “Designer of the Year Award” at the GQ Men of the Year Awards, but it allowed him to change fashion history. He became the first black artistic director of Menswear at Louis Vuitton. He also partnered with Warby Parker, Jimmy Choo, and Nike to bring fresh ideas for footwear.

Besides his fashion sense and entrepreneurship, we recognized Virgil Abloh for his philanthropy work. He created the Post-Modern scholarship fund in 2020 in partnership with the Fashion Scholarship Fund (FSF). He raised over a million dollars for scholarship programs aimed at black fashion students and created a mentorship program called “Free Game.” This mentorship was dedicated to instilling students with knowledge on building your brand. Virgil Abloh was passionate about providing essential resources to aspiring fashion students to make their mark in the industry.

The hard work this fashion designer put forth is inspiring and commendable. He showed others you can chase after your passion with what you have instead of waiting for the right moment. As long as you believe in yourself, it doesn’t matter if others say you’re wrong for chasing your dreams. Besides this, Virgil Abloh showed how putting in the hard work allows people to notice your worth and for you to reap the benefits. ENSPIRE offers its condolences to the fashion designer’s family and close friends during this time. We also applaud him for overcoming the obstacles he faced and setting an example for future generations to follow.

Another article you might enjoy: EDIT+ is Reinventing Fashion with Sustainability.