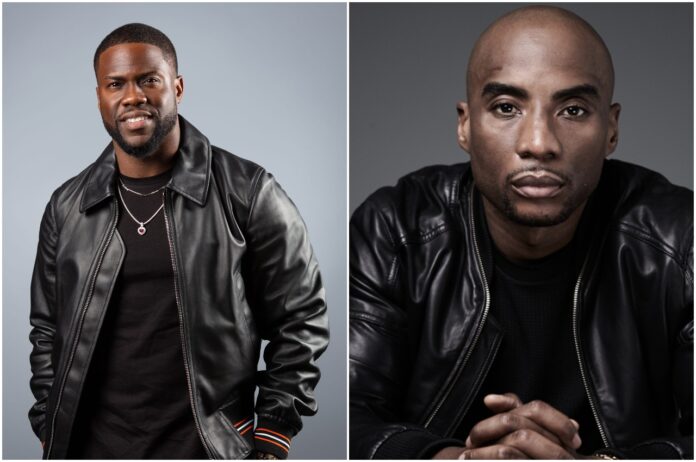 Under their newly created audio production banner SBH Productions, the two superstar talents will bring five new projects to Audible listeners in 2022, all of which support the overall vision of the development deal to give rise to Black creatives and create content that speaks to the culture. Award-winning audio producer Nicole Shelton has been named Head of Production for SBH. The inaugural project from the duo, Finding Tamika, is slated for release on March 3, 2022. The Audible Original deconstructs the troubling phenomenon of the media’s lack of significant coverage of missing or murdered Black women cases. Finding Tamika tells Tamika’s story through the voices of her family, other principal figures, and even Tamika beyond the grave in this true-crime, neo-noir production hosted, produced, and co-written by activists and actors Erika Alexander.

Additional projects include Summer of ’85, an incredible true story of the juxtaposition of two actual events – the Live Aid benefit for Africa which received global attention and the MOVE bombing of a controversial group of African-American citizens attempting to create African-style communal living in the middle of an urban landscape – both taking place in Philadelphia in the summer of 1985 but each event viewed differently by the city and around the world; Short, Black, and Handsome, a scripted Odd Couple style comedy written by Abdul Williams (The Bobby Brown Story, The New Edition Story) and starring Kevin Hart and Charlamagne Tha God about two fathers/husbands who become business partners and find out they have more in common than the title suggests; Un-lesh for Love, a scripted comedy series starring Alesha Renee about an actress looking for love in her 30’s; and Brokedown Prophets, a scripted thriller created and written by acclaimed New York Times Bestselling author, SA Cosby (Blacktop Wasteland, Razorblade Tears). Additional information on these projects to follow.

In addition to new projects, this collaboration will also launch a selection of ongoing audio recommendations personally curated by Kevin Hart and Charlamagne Tha God, celebrating titles from a diverse array of authors that have impacted and inspired them.

“We are excited to introduce our listeners to the dynamic inaugural slate of content from our collaboration with Kevin Hart and Charlamagne Tha God’s SBH Productions,” said Zola Mashariki, Head of Audible Studios. “Audible is dedicated to telling powerful stories and showcasing established and underrepresented voices in audio, and SBH’s first collection of projects will offer Audible listeners rich, multifaceted narratives.”

“SBH has the opportunity to be a driving force and new creative outlet for our culture,” said Kevin Hart. “This vertical allows us to bring the voices of our community masses and to share our rich stories that run deep in our souls. I am excited to partner with Charlamagne, Nicole, and the whole SBH team to bring these rich stories to the Audible original space.”

“SBH and Audible are at the forefront of the audio renaissance, oftentimes TV and film companies don’t SEE the vision for these great stories by black creatives so they are hard to get made, said Charlamagne Tha God. “What Nicole, Kevin, and myself along with the rest of team SBH have built is a space for these companies and the whole world to HEAR our vision. We thank GOD for it all!”

These projects join a series of best-in-class Audible Originals including Charlamagne Tha God’s riveting discussion on modern race relations We’ve Got Answers; Billie Was a Black Woman, a four-part podcast series that refracts Black womanhood through the prism of legendary jazz singer Billie Holiday; Force of Beauty, the story of three generations of Black women, one extraordinary friendship, and a not-often recalled the history of the city that made them; 7 Years, Tariq Trotter, aka Black Thought’s, addition to Audible’s Words + Music franchise in which the prolific rapper examines his life and career in dynamic seven-year increments; Kevin Hart’sThe Decision: Overcoming Today’s BS for Tomorrow’s Success, and many more.

Multimedia mogul, Radio Hall of Fame inductee, bestselling author, and cultural architect Charlamagne Tha God, born Lenard McKelvey, is one of the most influential thought leaders in modern culture. He is the outspoken, well-informed, opinionated, and charismatic co-host and driving force of the hottest radio show in the U.S., The Breakfast Club, heard by over 4.5 million listeners weekly. The show boasts ten years on air as the most successful hip-hop show in radio history. Charlamagne’s poignant and uninhibited interviews drive the show’s popular daily conversation on topics spanning from hip-hop and race to social, political, and economic issues. He also co-hosts the popular podcast, Brilliant Idiots. The unparalleled magnitude of his extensive media empire continues to expand with several landmark partnerships, including Black Privilege Publishing, a partnership that aligns with his mission to bring potent, culturally-relevant content to the publishing industry from emerging and renowned Black voices around the world. Charlamagne also holds a global multi-year, multi-project development, production, and audio licensing deal with renowned comedian, actor, and writer Kevin Hart and Audible Inc., the leading creator, and provider of premium audio storytelling. Charlamagne is also the author of The New York Times bestseller Black Privilege: Opportunity Comes to Those Who Create It and the globally embraced Shook One: Anxiety Playing Tricks on Me, which launched him to become one of the world’s leading voices in the mental health discussion. With a deeply personal vision to help address the unmet and underserved emotional needs of Black people worldwide, Charlamagne founded the Mental Wealth Alliance (MWA), his forward-thinking foundation created to destigmatize, accelerate, and center state-of-the-art mental health outreach and care across the U.S. while building an unprecedented long-term system of generational support for Black communities.

Emmy & Grammy nominated Kevin Hart has become Hollywood’s box office powerhouse, opening ten films at number one at the box office with $4.23 billion revenue at the global box office. Hart is the Founder of HartBeat Productions, the Laugh Out Loud Network, and HartBeat Ventures. Each of these companies plays an integral part in his eco-system that serves as an incubator for extraordinary growth and creativity. Hart continues to develop, star, and produce feature films and television via HartBeat and Laugh Out Loud. Hart can currently be seen starring in the HartBeat produced dramatic limited series True Story for Netflix which has been watched by over 60 million users worldwide. In 2021 Hart starred and produced via HartBeat the feature film Fatherhood. The movie has been watched by more than 91 million accounts globally making it one of the most successful original dramatic movies on Netflix. On the small screen, Hart starred in and produced Motor Trend’s “Kevin Hart’s Muscle Car Crew”, and “Celebrity Game Face” for E! Additionally, Hart can be seen on two original programs on Peacock: his first-ever talk show “Hart to Heart” and the ‘Olympic Highlight” show which he stars opposite Snoop Dog. Both shows have received critical acclaim and praise for both Hart and LOL.

Another article you may enjoy: You’re Never Too Young Magazine (enspiremag.com)