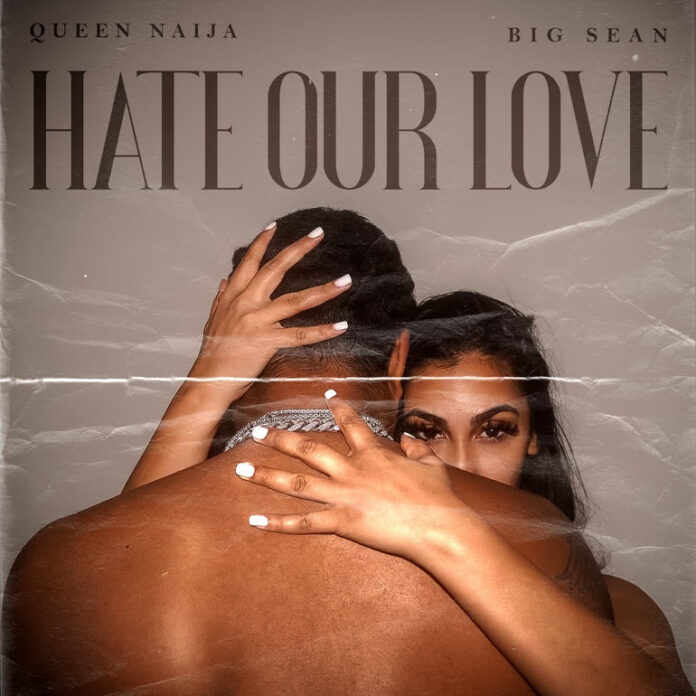 “What I’d like for people to take away from ‘Hate Our Love’ is don’t let anybody come in between anything or anyone that you love,” says Queen Naija. “I’m so excited to finally collaborate with Big Sean on a record… it’s been a dream of mine for a while now. With both of us being from Detroit, it felt like the perfect match up and I hope everyone loves the song!”

Big Sean topped the Billboard 200 for the third time with his 2020 album DETROIT 2. His six-song EP with Hit-Boy, What You Expect, was released last fall. He will be performing at Coachella in April.

Queen has amassed over three billion combined global streams in her career to date. Her debut album misunderstood, entered Billboard’s Top R&B Albums chart at No. 1, and earned a place in the top 10 of the Billboard 200. Nominated for a 2021 American Music Award in the Favorite R&B Album category, it includes the No. 1 hit “Butterflies Pt. 2” and the Gold-certified singles “Pack Lite” and “Lie To Me” ft. Lil Dirk. Views of the official video for the fan-favorite “I’m Her” ft. Kiana Ledé has surpassed 3.2 million, and the track has racked up over 37 million combined streams worldwide. The deluxe edition of the album misunderstood… still, includes five previously unreleased songs.

Flaunt said, “Equipped with a smooth and sultry voice and infectious energy, each one of her R&B ballads is real, honest, and relatable.” Essence Girls United noted, “Queen Naija’s album, misunderstood, touches the soul in a way that only Black music can.” “Queen Naija is, without question, who R&B heads should check for,” declared DJ Booth.