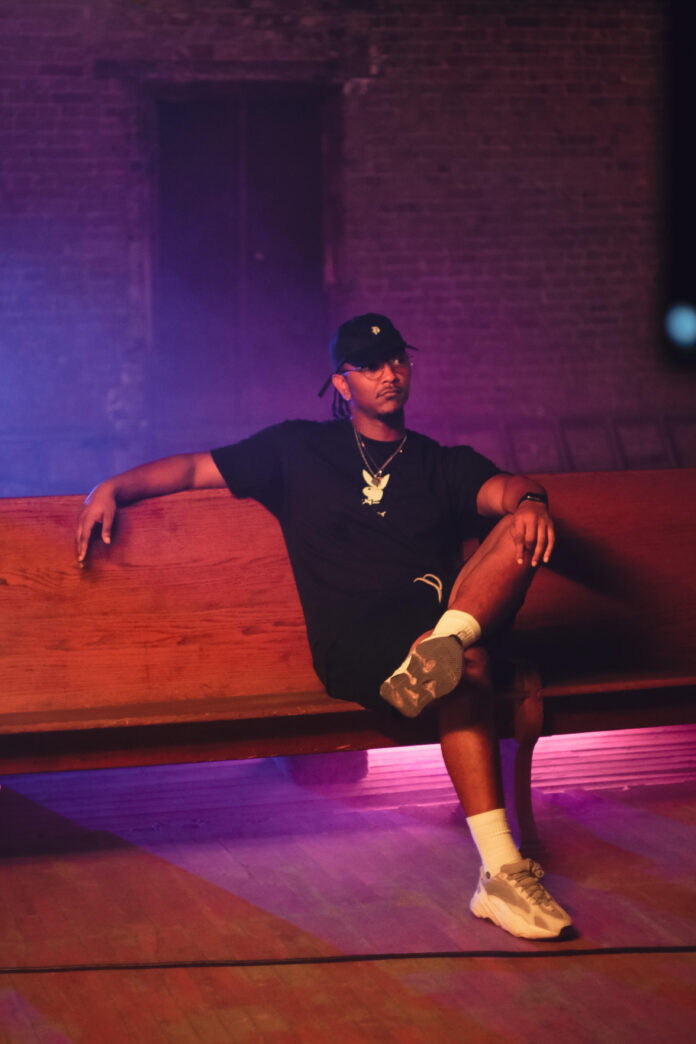 Ed Pryor is more than just a celebrity music video director, he’s also seeking to diversify his filming crew and talent for every video he directs. Following years of music production and taking part in the cultural shift in country music, his story shows his progression to directing. Even though he has directed over 150 music videos, he still plans to accomplish more. He hopes to one day live in a world where there are diverse creatives who create storylines and content to reflect all country music consumers.

Pryor, a country boy at heart and creative genius, knew from a young age that he wanted to produce music. Last year, Pryor’s work was celebrated many times. He’s been thrice-nominated as a music director at the Academy of Country Music (ACM), Country Music Television (CMT), and Country Music Awards (CMA).

His hometown in Winchester, Tennessee, helped him understand his country music audience as well as spending much of his childhood riding four-wheelers and hunting. His dad was an alternative school principal and worked as a DJ on the side. This helped Pryor develop a strong appreciation for every type of music.

In high school, Pryor sold beats online and made use of his Twitter and Facebook accounts. It wasn’t until he started posting campy parodies of popular rap songs on YouTube that his career took off. He leaned on his uncanny sense of humor, which helped him rewrite urban radio hits. He and his friends generated millions of views when they made spoof videos to accompany the songs.

Pryor says, “It was surreal and such an irony that my dream was sparked by something so silly,” as he reflected on his experiments with the subgenre of bro-country. This project soon led Pryor to produce full-time for hip-hop and rap-country artists. People soon started connecting his name as a creative force behind albums that charted in the top ten.

He knew that country music wasn’t very popular among the Black community, but he wanted to explore why. Through his research, he learned that bluegrass was popular because it’s closely related to religious music. That’s when his goal started: to make country music more accessible to Black audiences.

Pryor has a specific routine he employs when he makes his music videos. First, he watches all existing content the artist has made. Then, he uses research to see if their audiences want more “conventional storylines or quicker transitions.” He analyzes their songs from all different angles by listening to lyrics, title, and meaning. For Pryor, “writing a treatment is a 3D process, at least in my world, because I am always looking to embody an abstract feeling.” His videos aim to capture the audience’s attention and reinforce a human reaction to that song. To put it simply: “unique but familiar is always the goal.” So, it’s not always easy.

His YouTube videos also allowed him to have the duality of participating in the mainstream country and hip-hop communities. As a result, he gained the marketing skills for Music Row, which is considered the heart of Nashville’s country music industry. He brought edgy, un-country-like ideas and revitalized the country music’s scene.

A turning point for Pryor was when he was nominated for the ACMS. He never imagined his videos would be recognized on a mainstream level. His video, “Just the Way,” by Parmalee and Blanco Brown, which was filmed right before COVID, shot to number one in January of the following year.

Pryor says about the video, “To have created something that connected with people almost a year after we released it gave me a lot of confidence. I always knew I would do cool things but to be recognized by a committee makes me very blessed. It was validation that I don’t need to serve this preconceived notion of what the industry wants. I was rewarded for trusting myself, taking a chance, and staying true to my own style. To manifest my obscure ideas with amazing people and resources funded by a label is my dream. It’s still crazy to me that people watch my videos.”

His dedication to hiring diverse film crews and talent for his music videos shows that he’s committed to using his platform to promote equal representation. His positive impact on the music industry is another step in creating music meant for everyone to enjoy. For him, the future looks different. Pryor says, “my dream is for there to be a million ‘me’s’, meaning that I’ll be competing with many other Black artists for work,” and that “it’s too much pressure to be one of the only ones.”

Pryor remains optimistic for the future and says, “The day that I am passed up by an “average Black or female director” is the day that I know I’ve reached my goal, which is racial and gender balance in the industry. I just hope the number keeps multiplying.”

Related Articles: Break Ceilings in Country Music With Dani’ Wright, A Musical Celebration of Black Music: Music is the Window to Our Souls, Present By Rae Mackenzie Group