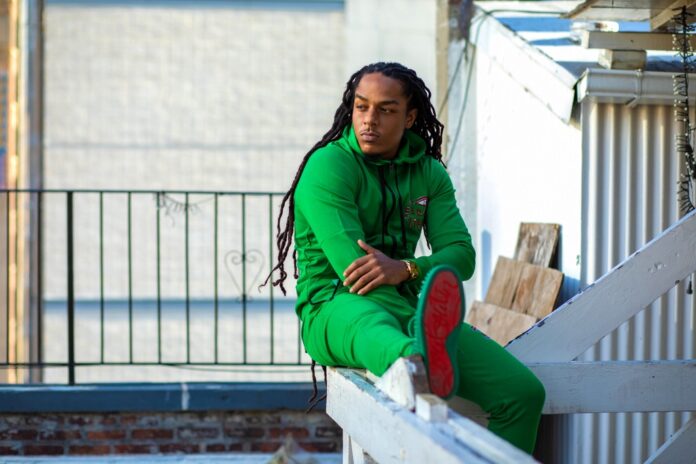 Lyrical MC/ Spoken Word artist Messiah Ramkissoon continues to shine as he delivers another solid project with the release of his latest EP ‘The Eye Of Freedom Vol 2’. The follow-up to his highly buzzed-about EP ‘The Eye Of Freedom’ released in Dec 2020 is just what hip-hop lovers have been waiting for. The critically acclaimed spoken word artist has truly made a name for himself over the years being in demand as a performer across the country, so it only makes sense why his ever-growing fan base can’t get enough of his gift that truly sets him apart from the rest. The Young emcee hit the stage at the tender age of 8 for the first time as a poet and within that moment a star was truly born. As a teen, he developed his craft in many open mic spaces which would truly pay off while attending the prestigious Howard University.

A chance to audition for Showtime At The Apollo presented itself and of course, Messiah jumped at the opportunity to be a part of history. The rising star ended up making it on the show and won the crowd over time and time again with resulted in 3 wins. From there on his career took off and there was definitely no looking back. The hard work paid off as he would tour with Kelly Price as she featured poet which only opened up more doors for the celebrated artist who continuously opened for and graces the same stages with superstars including Trey Songz, Chris Brown, Janelle Monae, Wale, and Lupe Fiasco. I don’t think he ever dreamed he would perform alongside the incomparable Patti Labelle at The Kennedy Center, or perform for President Obama and Stevie Wonder among other greats at the unveiling of the MLK statue in D.C. But as the saying goes, your gift will make room for you and it surely did for the Trinidad & Tobago native.

As an artist, Messiah easily gives back with his gift of spoken word and music, but his passion for mentoring is what really pushes him to be even greater as a man. Over the years he has continued to mentor incarcerated youth hoping to help to change their lives for a brighter future. Not only does he perform on major stages across the country, but his performances inside these institutions truly inspire many to achieve their dreams by any means necessary. Messiah truly inspires all generations as his art continues to resonate with listeners which included Dwayne Wade Sr, who was moved by his song ‘Black Fathers’ which resulted in him performing during NBA All-Star Weekend back in 2019. This would birth his ‘Black Fathers Are Necessary’ movement which is taking off in ways he never imagined as an entrepreneur with supporting merchandise that is constantly in high demand.

Now it should come as no surprise why he is so successful in these endeavors because nothing can stop him from achieving greatness. One would think the pandemic would slow things down for many but not this artist. Messiah hopped right back in the studio and collaborate with producers Khalid Singletary, Daren Joseph, and Donnie Cutz to put together his latest EP ‘The Eye Of Freedom Vol 2’. Check out the 5 track project which features the single ‘God Theory’ as he continues to inspire others through his art which is a breath of fresh air in today’s climate of music.