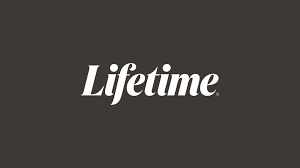 On the heels of last year’s popular Lust and Envy movies seen by over 9.4 million viewers in their airings, Lifetime announces the next two Seven Deadly Sins Anthology movie installments, Wrath and Greed, from executive producers T.D. Jakes, Derrick Williams, and Shaun Robinson, based on the series of books by Victoria Christopher Murray.

This film follows the story of single lawyer Chastity Jeffries (Michelle Williams) after she meets Xavier Collins (Antonio Cupo). He seems to be everything she is looking for in a partner—handsome, smart, and a lawyer as well. When his affection turns into an obsession, Chastity realizes she has been blinded by Xavier’s passion and deserted her principles. When Xavier’s jealousy and wrath lead to suspicious actions and dangerous threats, Chastity confides in her mother Sarah (Tina Knowles-Lawson). Then Chastity turns to her former childhood boyfriend Roger Thompkins (Romeo Miller). But in the end, Chastity will have to fight for herself.

Greed: A Seven Deadly Sins Story was brought to you Saturday, April 23 at 8/7c.

This film presents an Interior decorator Zuri Maxwell (Monique Coleman) who had it all – a career she adored, loving family and friends, and a good man in her life, artist Stephon Gardner (Nathan Witte). However, greed threatens to destroy everything when Zuri meets handsome benefactor and entrepreneur Godfrey Anderson (Eric Benét). Not to mention his fabulously wealthy aunt Miss Viv (LisaRaye McCoy). They have everything Zuri thinks she wants. As Godfrey romances her, she compromises the values and morals in an effort to be part of the moneyed world she wants desperately.

Lifetime has an impressive legacy in public affairs, bringing attention to social issues that women care about. Issues with initiatives such as the long-running Stop Breast Cancer for Life, Stop Violence Against Women, and Broader Focus. A major global initiative dedicated to supporting and hiring female directors, writers, and producers, including women of color, to make its content. Lifetime Television®, LMN®, Lifetime Real Women®, and Lifetime Digital™ are part of Lifetime Entertainment Services, LLC, a subsidiary of A+E Networks. A+E Networks is a joint venture of the Disney-ABC Television Group and Hearst Corporation.

Tune in to watch Wrath and Greed along with other upcoming movies on the Lifetime website.