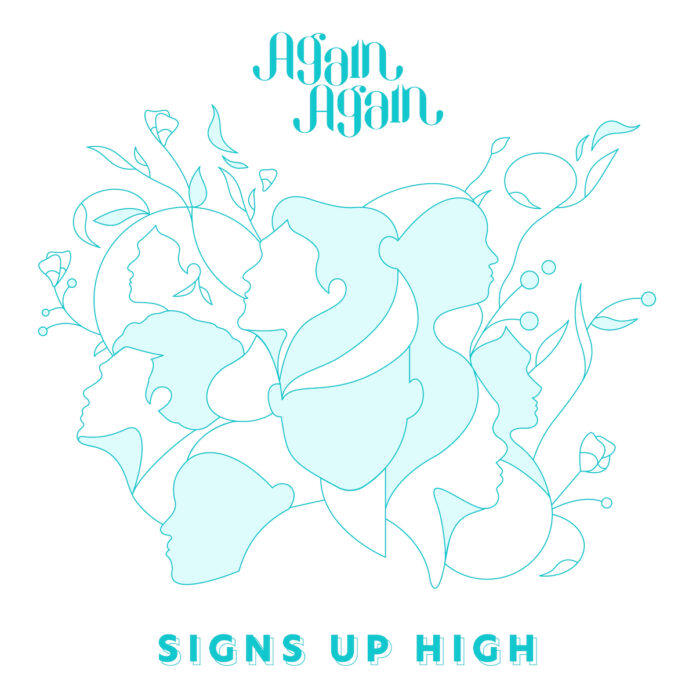 This new single was dropped recently by Again Again after their Parents’ Choice® Award-winning album “LISTEN. LOVE. REPEAT.” The Los Angeles-based musicians, Jennifer Cook and Anne Montone, are Again Again, an award-winning performing duo that has created a musical style and message which speak to the harmonious development of children in both heart and mind.

Again Again is the creative vision of two musically inclined, lifelong friends who have developed a distinctive style of progressive music for all ages and companion content to be experienced again and again. Anne is a Portland native who lives in Los Angeles with her husband, two children, and a mini goldendoodle. Growing up in the great Northwest inspired her sense of adventure, and music has been a part of her family’s life for as long as she can remember. Jennifer has not only used her voice to sing but also to educate, besides portraying fun and interesting characters through voice acting. A bilingual instrumentalist and former teacher, Jennifer honed her talents in Los Angeles, where she currently lives with a family of two-legged, four-legged, and two-finned creatures: her husband, daughter, two dogs, and four fish, respectively.

To herald the upcoming release of their second album, “Your Voice Is Magic” Again Again is releasing two of their “songs for our times” as singles. The first is the super-catchy “Signs Up High,” was released on March 4, 2022. This positive protest song for kids and families joyfully celebrates a fundamental feature of democracy: “We march for what we believe. Stand tall, ‘cause all our voices matter.”

The multiple marches and protests inspired them not only in their community but around the globe. From the Women’s Marches to the Black Lives Matter marches, Again Again wanted to ‌create a song that lovingly educated our young people on their rights and how much power they have when they speak up for what they believe, to help kids realize that if they use their voices proudly and truthfully, people will listen.

How did “Signs up High” come to be?

Each song we create has its own process, but generally‌, we each pick a topic and share what we’ve created. For this song, Anne used the ukulele to figure out the melody and chords and had some lyrics figured out. Since we had been taking pandemic zoom ukulele lessons, we thought it really created a nice vibe that called to the folk-rock days of the Laurel Canyon sound from the mid-1960s to the early 1970s. When we got together to flush out the details and arrangement of this song, we finished crafting it using sentiments that we had collected from our own experiences attending peaceful marches and taking our little ones to marches.

Why is it important to advocate?

Having conversations with family and friends at home and school is a great first step. We are lucky to live in such a diverse city from which we can explore and learn and get educated. Los Angeles has been a place where our kids can enjoy friendships with a variety of children and their families. When we get together, we learn from each other which manifests into respect for others. We encourage people to continue coming together, using words, and having conversations. Signs Up High has a lot of take-aways. “Learn about what you care about. Pick up a pen or talk it out. There’s so much to learn about the world.” “We march for what we believe. We march for what we dream. Signs high, cuz all our voices matter.”

Check out their song now or visit their website! Support their upcoming prosperous journey in the music industry and the advocacy world.