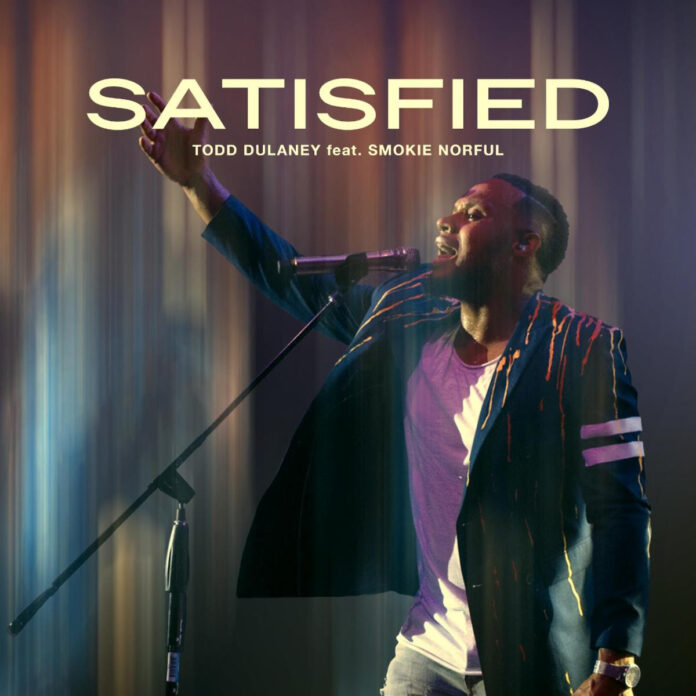 Todd Dulaney, a member of MNRK Music Group and GRAMMY-nominated music artist, announces the highly anticipated single, “Satisfied” featuring Smokie Norful. The song was released on November 12th, 2021. Todd Dulaney had one of the biggest Gospel singles of the past year. “Your Great Name” spent eight full weeks at #1 on the Billboard Gospel Airplay chart and nine weeks at #1 on the Mediabase Gospel chart. “Satisfied,” from his latest album “Anthems & Glory,” is expected to reach new heights on Gospel Charts! Dynamic worship leader, husband, father, and prolific songwriter are all terms that embody who Todd Dulaney is.

When Dulaney was 18, the New York Mets drafted him and surprised many by leaving the sports world behind to become a Gospel recording artist. Dulaney has delivered some of the biggest worship anthems of the past three years with his remake of the Planet Shakers’ CCM hit, “The Anthem,” and “Victory Belongs To Jesus,” which Dulaney penned. He established a track record of success early in his musical journey.

He has been recognized for his dedication and musical prowess among his peers throughout the past few years. A GRAMMY®, Stellar, and Dove Award-nominated artist, Dulaney stands out from other emerging artists in the genre and is revered as one of the influencers of the next generation of Gospel music. For more information on Todd Dulaney, you can visit his website here.

MNRK Music Group is one of the largest independent music companies globally, with recording, music publishing, and management divisions operating in every major music market around the world. MNRK is committed to discovering and guiding top music creators and artists and is home to some of the greatest musical talents in the world, including The Lumineers and Ricky Martin, as well as the iconic Death Row Records and the music publishing catalog of Chuck Berry, plus premier music companies Dualtone Music Group and Last Gang. Its catalog across divisions consists of 54,000 music tracks, including multiple GRAMMY winners and platinum-selling hits.

Mahershala Ali Attends World Premiere of HBO Doc WE ARE THE...