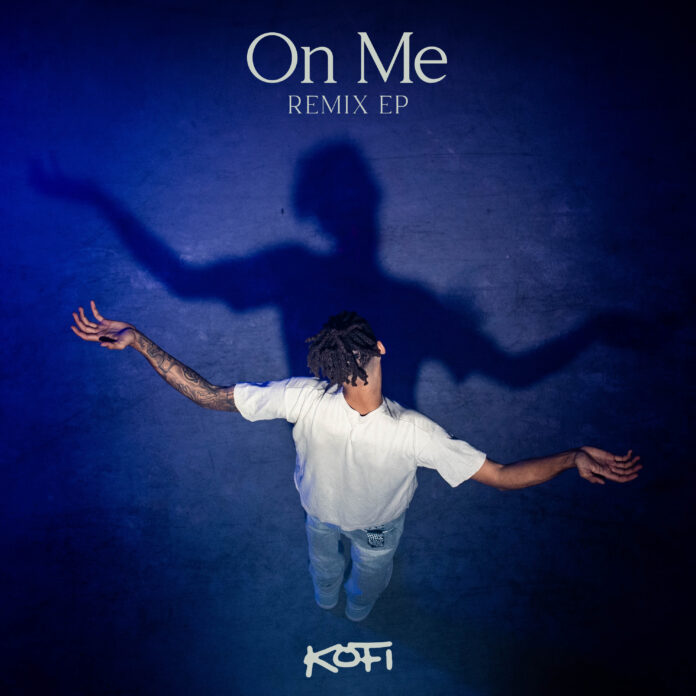 Kofi is an R&B rapper who released the “On Me” Remix EP via Red Bull Records. The Ghanaian-Canadian multi-instrumentalist and producer reimagined the single “On Me” from the album “Why Not” which dropped on May 21 of this year. The mixes that are featured in the EP are by SORENA, DISTO, Yumbs, and KDDO.

Kofi lives in Scarborough, Toronto. He was a college volleyball star and soon shifted his focus to singing, songwriting, and rapping. He became a multi-instrumentalist and producer, learning the ropes on his own. He takes control of his music vision through lyrics and production. Kofi is a go-to engineer for local artists and a self-taught specialist in production since high school.

The EP features four amazing remixes that are Afrobeat-inspired. Afrojack protégé DISTO created the first altering remix. The second is a two-step into the retro-future with SORENA. Next, an AmaPiano mix with Yumbs. The fourth remix collab stars producer KDDO a jazzy mix with a verse from rapper Peruzzi.

In September, Kofi will go to Africa and perform the KDDO remix live at the Red Bull Dance Your Style Nigeria National Finals in Lagos. If you want to view Kofi’s single “On Me” check out the official music video below. Want to view all four “On Me” Remixes, click here to stream.

Quinta Brunson Toasts to Teachers at the TIME100 Gala