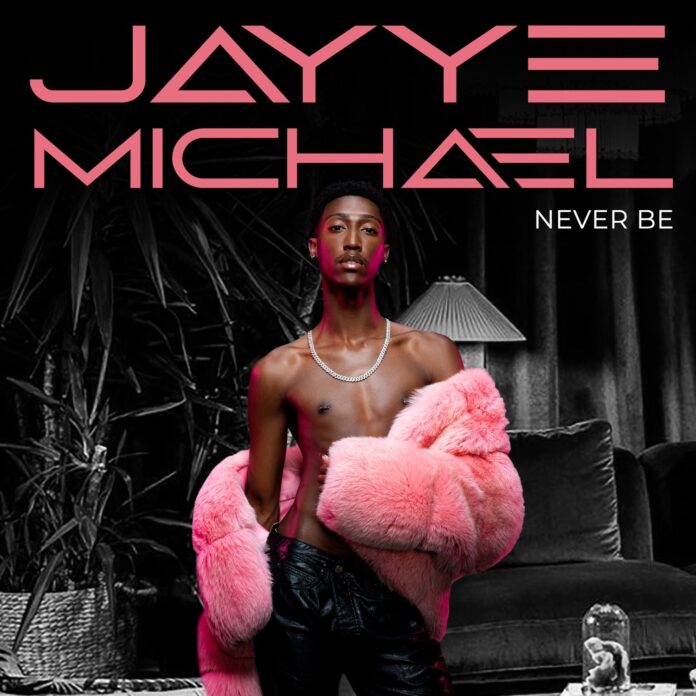 Rising star Jayye Michael is finally ready to bring the heat with his blazing single ‘Never Be’. The singer/songwriter has been waiting to shake things up in R&B and now the time has arrived to give listeners something to ride out to this summer. The Virginia native might be a familiar face to you with his viral TikTok clips and hilarious YouTube channel, but now he wants the world to truly get to know him through his music. The shy kid growing up in the house of musical giants always knew he had a love for music, but never knew just how far it could take him. His mother being the legendary powerhouse Coko from SWV and his father musician to the stars Mike Clemons was all he needed to see for inspiration, so one could only imagine how far his dreams could take him if he went after them.

Growing up singing in church was the norm for a young Jayye Michael but after not being able to fully grow and showcase his gift on the Praise Team, he took a step back from singing at Dominion COGIC. Now, of course, that didn’t stop him from singing around the house and studying the greats like his mother of course along with superstar acts like Brandy, 702, Guy, Usher, and of course Beyoncé. This only made his dream even more of one day becoming a singer but that wasn’t all he ever wanted to be.

As social media grew it was evident that Jayye could show off his gifts in other ways as well from Modeling, hosting, and more but education was also just as important in the home. As he continued to grow his brand online and occasionally showcased his talent alongside his mother on viral clips including his surprise performance on SWV’s Verzuz with Xscape, it was clear that his journey would also include attending college.

Most would assume that with a legend for a mother and a breakout rap star Lil Tracy for a big brother, it would be a no-brainer to simply just follow in their footsteps. Jayye ultimately decided to further his education and attend the University of Nevada Las Vegas, but while in school he realized that his passion for music couldn’t be pushed to the side any longer. With support from his family, he returned and hit the ground running and truly put in work to give his growing fan base exactly what they were waiting for.

He teamed up with producer Mykal Curtis for his debut single ‘Never Be’ which is sure to be in heavy rotation after stellar reviews of his first-ever performance of the sizzling track at this year’s Portsmouth Pride. That performance was just the beginning of so many great things to come and from what we can see, this triple threat is ready to step out into the spotlight and shine on his own. Get into his new single which is available to download on all music streaming platforms now.

Follow Jayye Michael on all Social Media Platforms at @JayyeMichael