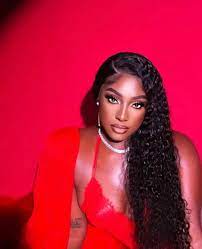 Nia Amber is a brand new artist making waves in the industry. A mentee of rapper and superstar, Trina, she has worked her way up from the bottom. Her vibe is unmatched, and can only be described as an Ari Lennox profoundness with a sprinkle of Summer Walker. It is only fitting that “Da Baddest” female rapper has taken this budding entertainer under her wing. Amber has recently released a project titled “Night with Nia” accompanied by a music video for her hit “D.A”.

Originally from Miami, Florida, Nia Amber is very proud of her Bahamian heritage. She is proud to be an island girl at heart and is happy to represent her culture. Nia faced difficulties coming into her own as a woman with naturally dark skin, but eventually she saw the beauty in her rich skin tone. Amber got into music after her mother noted how incredible her voice was. She recalls loving dancing and singing with her mother in the kitchen; a core memory for her.

Now Nia Amber is on the rise, and she has already made a name for herself in the game. She has performed alongside the likes of Saweetie, K. Michelle, and Megan Thee Stallion. Amber lists Doja Cat as her number choice in selecting an artist for a future collaboration. She believes their bubbly personalities and talented spirits will intertwine and create something incredible. Nia Amber has done two interviews recently that have put her humble spirit on display. One was featured with The Evening Experience, where she flashed her captivating smile at the audience.

Farther along into her career, Nia Amber hopes to create inspirational music that is tailored to her faith. For now though, she is fulfilled in expressing herself and all aspects of her life; ranging from relationships to sensuality. Her relatability is what makes her such a hot commodity and no doubt a main feature on many playlists. Her hits including “Swing My Way” and “No More” can be downloaded on Spotify, Apple Music, and Youtube.

CLEO TV’s Hottest Shows Get Into Designing and Dining