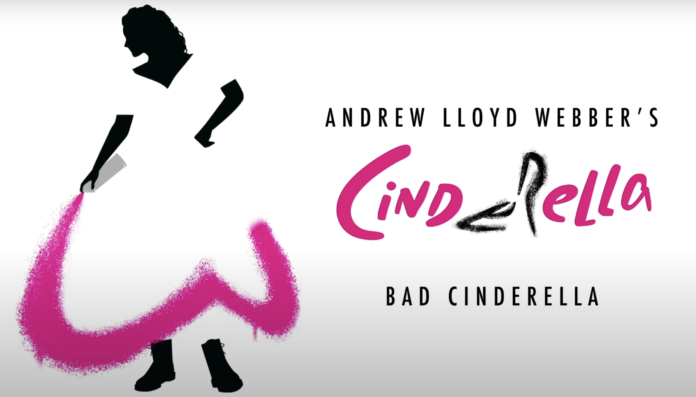 Universal Music Enterprises has just released the title track to Andrew Lloyd Webber’s new musical “Bad Cinderella,” giving musical-lovers their first sneak peek at the musical before it premieres at Broadway’s Imperial Theatre in March 2023. The song (like the musical) is titled “Bad Cinderella,” and is now available across all major streaming platforms as of October 3rd. It is performed by Linedy Genao, who stars as Cinderella in the musical.

“I have been dreaming about originating a leading role on Broadway for just about my entire life, but never in my wildest dreams did I ever imagine achieving that dream alongside Andrew Lloyd Webber and such an incredible team of collaborators,” Genao said. “As a proud Dominican American, I am most excited about this opportunity to represent my community and show the world that fairy tales do come true — and are for everybody. My heart is bursting.”

The song will be released in both English and Spanish, reflecting Genao’s heritage. While the Spanish version will be released at a later date, the English version can be found on Spotify, Apple Music, Amazon Music, and many other platforms at this link. The track is likely to get people even more excited about the “Bad Cinderella” premiere.

Audiences expect the show to reflect the same amazing musical talent Andrew Lloyd Weber has displayed in his other beloved works such as “Phantom of the Opera,” “Cats,” “School of Rock,” “Joseph and the Amazing Technicolor Dreamcoat,” “Jesus Christ Superstar,” “The Wizard of Oz,” and many more. He has won six Tony Awards, three Grammy Awards, an Oscar, an Emmy Award, and even a Tony Award for Lifetime Achievement.

“I am thrilled and delighted that we are bringing Bad Cinderella to the Imperial Theatre,” Lloyd Weber said. “We have been working hard on a few new songs for our Broadway opening and, with such a brilliant team, led by the spectacular Linedy, I know this is going to be really special.”

But LLoyd Weber isn’t the only talented creative on the team. Oscar David Zippel wrote the lyrics to accompany Lloyd Weber’s music. Zippel has worked on beloved broadway shows and Disney movies alike, his credits including “City of Angels,” “The Woman in White,” “Hercules,” “Mulan,” and many others. The story itself was written by Academy Award winner Emerald Fennell, who has mastered writing for both the stage and screen with works like “Killing Eve,” “Promising Young Woman,” and “Saltburn.” Laurence Connor, who has directed many broadway hits including “Les Misérables,” “School of Rock,” and “Miss Saigon also directed the show.” JoAnn M. Hunter, who has been both a performer, and a choreographer choreographed the show. Her choreography credits include “Disaster!,” “On A Clear Day You See Forever,” etc.

“Bad Cinderella” is a modern-day retelling of the Cinderella fairytale that aims to give Cinderella more power over her own story, redefining for herself and the audience what counts as a “happily ever after.” Set in the kingdom of Belleville, her story of meeting the prince doesn’t go quite as we’ve ever seen it play out before.

“We are honored to be introducing this modern Cinderella story to Broadway, and it is a dream come true to work with Andrew Lloyd Webber, especially on a score that sits among his very best,” said Christine Schwartzman, President of No Guarantees, who is producing the show alongside Really Useful Group. “Working with this extraordinary creative team, we’ve created a new Cinderella for today’s audience. It’s so joyful and unique; we can’t wait to share it!”