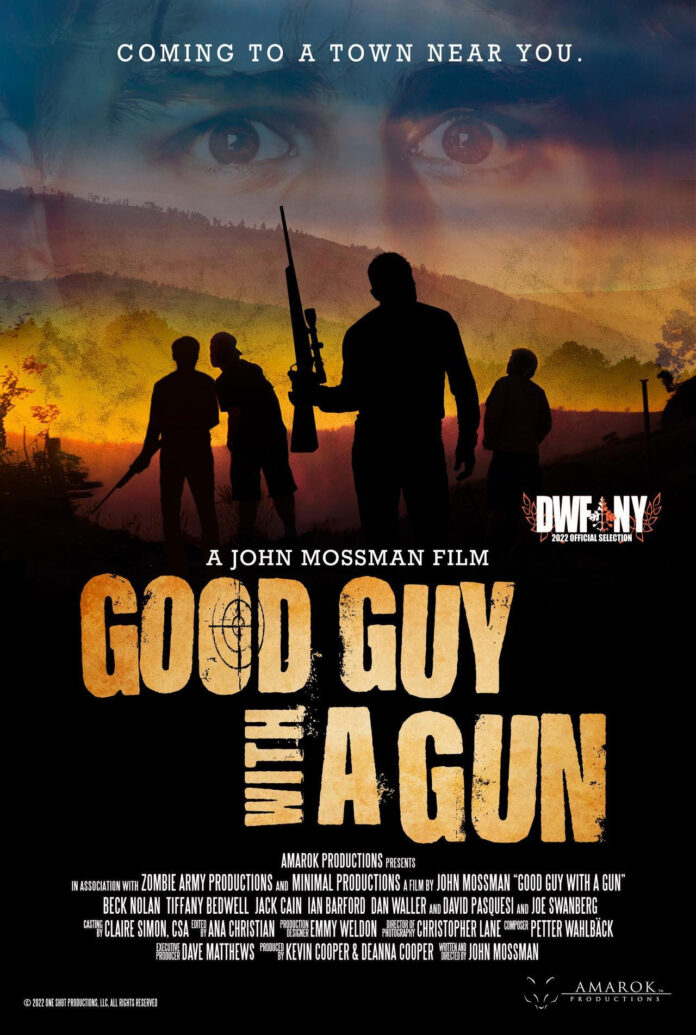 Filmmaker John Mossman partners with veteran and producer Kevin Cooper in his new film “Good Guy With a Gun.” Gun violence is a major issue in the United States, with a sharp divide between supporters and opposers. Mossman seeks to challenge both sides of the aisle with this film, challenging ideas about family and masculinity and addressing the fear and frustration caused by the January 6th Insurrection. Personally, Mossman encourages people towards debate instead of feeling forced to take a side. To achieve this, he has paired with Kevin Cooper of Amarok Productions, whose films revolve around the military and Veteran issues.

Two horrific incidents of gun violence: The Sandy Hook massacre and the January 6 insurrection inspired working to promote debate, “Good Guy With a Gun”. Mossman goes against the grain as a so-called “responsible gun owner” and an outdoorsman, hunter, patriot, and ardent Democrat. John is also a well-known and well-connected actor and director from Chicago.

John shares his views, saying, “I personally was horrified by the Jan. 6 ‘inaugurrection’ and increased radicalization of the gun culture I am associated with and could no longer remain silent. This story results from that experience and I am forever grateful for collaborators like Kevin and De, like-minded investors, and festivals who feel this story needs telling.”

Further, John’s connections to Kevin and DeAnna Cooper drive his point home, as Kevin is a veteran and is devoted to his wife through marriage and work.

Finally, John lays out his aspirations for the film, “With this film, I hope to explore the danger and at times the appeal of going down this path, and the extraordinary difficulty of turning back – and ultimately the enduring power of family to see us through dark times.”

Tickets can be purchased here.