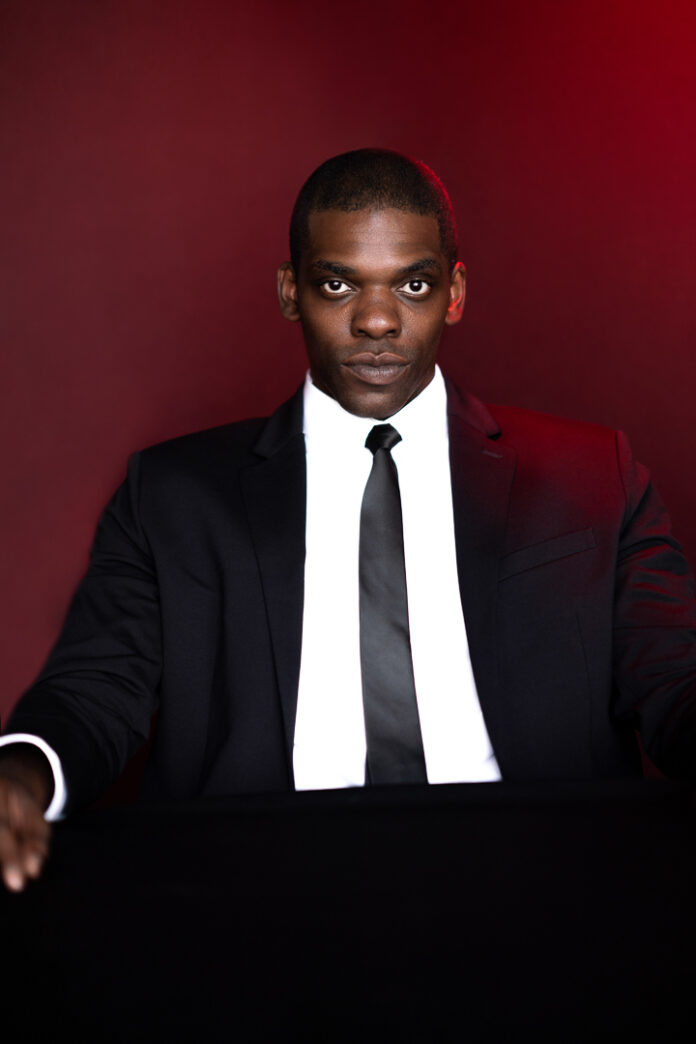 The only thing he wasn’t fulfilling was his true dream, acting. He used the G.I. Bill for college, giving him the opportunity to build his performing skills. Page credits the organization Veterans in Media and Entertainment for helping him build relationships with professionals in the industry both behind and in front of the camera. Page has also built a solid reputation for his talents in Hollywood. He is credited for his roles in HBO’s basketball drama, Winning Time, Peacock’s original comedy, Bust Down, Hulu’s Pam & Tommy, and Netflix’s On My Block.

ENSPIRE was able to talk with Vaughn Page about his experience on set.

What made you decide to join the Air Force if acting was what you were passionate about?

I joined the Air Force because I knew I had potential, but after several years I felt like I needed to make a change in the change in my life. I wanted to build a solid foundation for my future and the Air Force gave me that opportunity. I honestly didn’t know I had a passion for acting until I was in school acting on stage.

Who was your driving force in deciding it was time for you to change courses and act professionally?

Honestly, my girlfriend was the biggest driving force behind me switching careers. I was going to school on the G.I. Bill, majoring in computer information systems, and planned on taking acting classes at night. My girlfriend was like, why are you taking these computer courses when acting is what you truly want to do… it’s like planning to fail. It hit me at that moment — she was completely right. I went to the military liaison the next day and switch my major over to Theatre and learned the basics of the craft.

What is one actor you would love to work with in the future?

That’s an easy one for me, I just worked with his son, Denzel Washington. Without a doubt. I grew up on his films and it would be such an honor to learn from and work with him. I can honestly say, his movies are a major reason why I’m acting today.

What was it like working with such a powerhouse cast once the initial nerves were gone?

You know, you try your best to keep your composure and focus on the work. But in-between takes, I would find myself just sitting there thinking, what is going on? I’m in a scene with Christian Bale and Margot Robbie right now. I was dancing around in a Pepsi commercial a few years ago, and now I’m prepping for a scene with Robert De Niro.

To say I was starstruck doesn’t cut it. I just felt like a kid at Disneyland getting to see all these characters I’ve grown up with and then I discovered they’re just regular people like you and me. I’m so thankful that I got a chance to be a part of a project with such an incredible cast.

Did any of the actors on set give you any advice, if so what was the best piece of advice?

In between takes I got to spend quite a bit of time with Chris Rock. He said, never forget that you do this because you love it, and it makes you happy. Don’t get caught up in all the material things that come with it.

Page’s movie can be seen in select AMC Theaters and Cinemas across the US. The movie will stream on HBO MAX after the film’s theatrical release comes to a close.