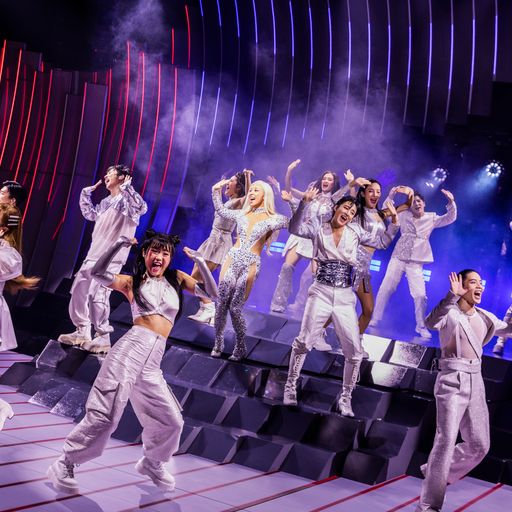 The exhilarating energy of a stadium concert met the talent and passion of your favorite musical in KPOP! Packed with pulse-pounding new music and electrifying choreography, this original musical explored the relentless discipline, raw talent, and commercial ambition behind the international sensation. Global superstars put everything on the line for a special one-night-only concert. They faced struggles both cultural and personal that threatened to dismantle one of the industry’s hottest labels. The experience was unlike anything else on Broadway.

KPOP is the first Broadway musical to celebrate Korean culture with Korean, Korean American, and API representation on and off-stage. Ms. Park is the first Asian female to compose a Broadway show.

KPOP was produced by Tim Forbes and Joey Parnes and conceived by Woodshed Collective and Jason Kim. Sujin Kim-Ramsey directed the music. Scenic was designed by Gabriel Hainer Evansohn. The costumes were designed by Clint Ramos & Sophia Choi.

Lighting was done by Jiyoun Chang and sound design by Peter Fitzgerald & Andrew Keister. Projection was designed by Peter Nigrini. Hair and wig was designed by Mia M. Neal, makeup design by Joe Dulude II and Suki Tsujimoto. Casting was by Tara Rubin and the production stage manager was Cherie B. Tay.

The Cleveland’s Defines a New Idea for Leaders Everywhere