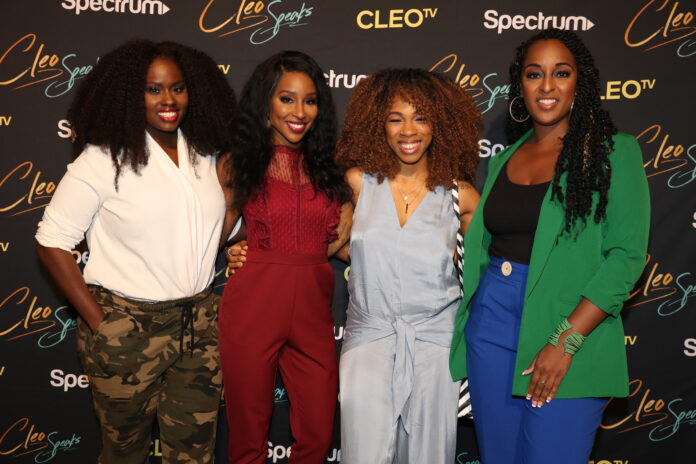 Hosted by CLEO TV and Spectrum, the CLEO SPEAKS: SHE SPEAKS. WE LISTEN tour made its first stop in New York City at the Helen Mills Event Space and Theater. The event included a panel discussion moderated by Tracy Garraud, Co-Host of Sway in the Morning and Founder of She’s Beauty and the Beast with featured panelists Natasha Alford, Deputy Editor of the Grio; Necole Kane, Founder of xoNecole.com; and Charreah K. Jackson, author, and CEO. A special screening of Garraud’s CLEO SPEAKS episode was also highlighted.

Speaking on the evening’s topic “Finding Yourself After Failure,” the women touched on a myriad of issues including insecurities, the power of writing affirmations, fear, overcoming cancer, rebounding from financial hardships, chasing dreams, setting expectations, enduring unsatisfying relationships and much more.

The groundbreaking signature series, which premiered in February 2019, will make additional stops in Raleigh, Orlando, Dallas, and Los Angeles. CLEO SPEAKS is a candid series that gives dynamic women a platform to share their unique experiences and perspectives on issues facing Millennial and Gen X women of color today. Selected for their impact on the world, these true modern leaders – from CEOs and activists to entrepreneurs – share their candor in intimate settings and reveal the personal and emotional journeys that have shaped their careers and influenced their success.