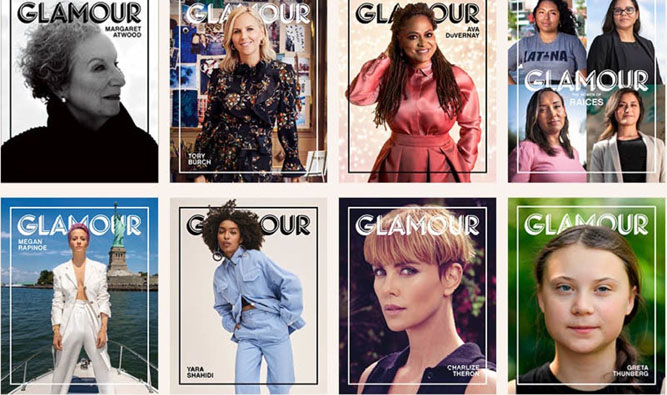 Soccer player Megan Rapinoe will be honored and celebrated for her inspiring and motivational courage to take on the injustice of the world with demanding equal pay for women. After the United States, Women Soccer Team won the Gold Cup this year, Rapinoe was not celebrating and drinking wine, she was out there talking about the pay gap and how America needs to pay women equally.

Charlize Theron, Greta Thunberg, Ava DuVernay, Yara Shahidi, Margaret Atwood, Tory Burch, and The Women of RAICES will all be honored during the Glamour Women Of The Year Awards.

Each of these individuals has inspired, motivated, and overcame the cycle of society’s norm, which is proving that women have a say in how the influence the world. All of these honorees are very diverse in age, skill, and perspective, but all of them had the same goal and that was to impact women around the world. Fighters come in different shapes and sizes of the world and each of these women had to put more than 200% to be recognized as a force in a male-dominated world.

Change can happen if people can see the evolving element of unity, peace, and a will to make change happen. These women have dedicated their lives to make sure other women have a stepstool to use to oversee the changes and take that stance of continuing the movement.

“We couldn’t be prouder to introduce you to Glamour’s 2019 Women of the Year. They are a diverse group, including an author, director, actors, and activists fighting to make a lasting difference. But despite their different fields, our honorees have one thing in common: They’re warriors on the front lines of change,” said a Glamour representative.