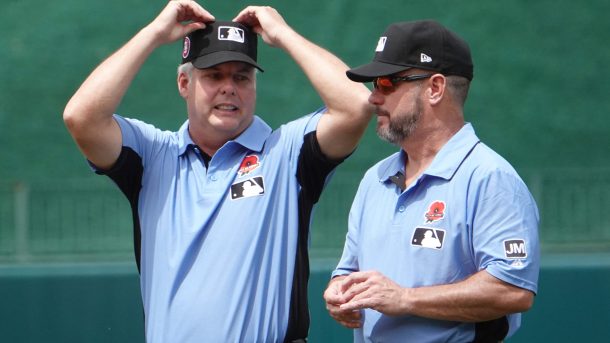 ( ENSPIRE Sports ) In The Past Few Years, Sports And Politics Has Divided The Country and Certain Leagues Took A Big Hit From It

During a great week of the World Series, the MLB organization had to deal with an unfortunate message that umpire Rob Drake tweeted on his social media on Tuesday. The tweet was about the process of impeaching President Trump and this is what he tweeted. “I will be buying an AR-15 tomorrow because if you impeach my president this way, you will have another civil war!!!”

The league is looking into the matter but has not said much about the tweet. However, on the other side of the spectrum, the NFL has fined players for silently protesting or even banned them from playing in any of the games. Outrage has sparked with different issues in the world like injustice, police brutality, health care, and women equality to name a few. With the race for the 2020 presidency, there has been tension between the political parties, as well as a clash with the #MakeAmericaGreat voters and the #AntiTrump voters.

The tweet from Drake has sparked outrage to certain Americans on why nothing has been done and if it was another culture, immediate action would have been taken. Drake has been an umpire for 20 years and has had a reputable reputation with being a good person, but his emotions got the best of him and now his career will land at the mercy of the MLB Commissioner. It will be interesting to see what punishment Drake will receive.

Student ACES honors Alumni on Never Give Up Day