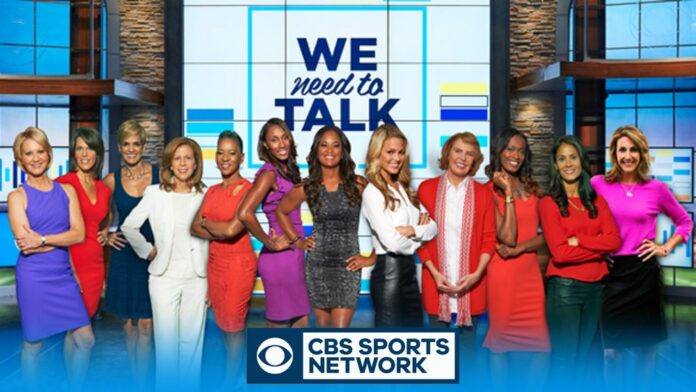 These women highlight what it is to be a credible woman in sports, but they had to overcome a lot of issues that are swept under the floor like equality with salary, sexual harassment, and being a force within a male-dominated industry. They brought on different women in sports to talk about issues that were important to them.

Women athletes like Valorie Kondos Field and Rachael Denhollander joined the show and discussed the steps that are being taken to combat abuse in sports, speaking up about the #MeToo movement, and talk about organizations that help women excel in sports. Denhollander had this to say about the #MeToo movement. “I was always willing to speak up, but it was finding the opportunity and the ability to be heard and be believed.”

“For me, that came when I saw the Indianapolis Star article because for 16 years, I had been saying, ‘I can’t do this alone. I cannot do this quietly. I need to have media involvement but something has to take control from these organizations. I have to be able to take control from the abuser and the people who are sheltering the abuser, and you can’t do that by yourself.’ So when I saw the Indy Star article where they had been able to layout what USA Gymnastics was doing, and the reporters clearly understood, I said, ‘This is it. Now is the time.’”

Denhollander also wanted people to be held accountable, as well as get the teaching on what to do if these things are happening to women around the globe.

There have been many foundations, as well as organizations like the Title IX. Title IX has given women opportunities to excel in sports. Summer Saunders exclaimed with Title I meant to her and how it helped her in her sports career.  “I also was quite lucky because, in my sport of swimming, I had a huge hero, an idol, a mentor in every aspect of my career swimming and out of the water, which was Donna de Varona. Amazing, at 13, she makes her first Olympic team, at 17, she wins a ton of medals, and then went straight into her television career and activism afterward.”

Looking back now, I was lucky to have someone there every step of the way, not only to teach me what I could do and what was possible, but also hand the baton to me to say, ‘Now it’s your responsibility to remind the youngins that this wasn’t always the way it was. We have to stand up for it every chance we get.

Women have been undervalued, as well as disrespected in a society that allegedly gives equal rights to everyone. This decision was needed and shows Americans that America is not great just yet, but a progressing country.

The WNBA’s Seattle Storm Prepare for a Return to Action