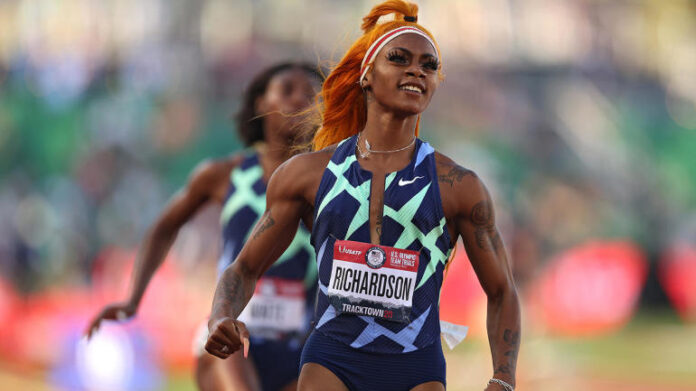 In the Olympics trials last month, Sha’Carri Richardson tested positive for marijuana, where her winning of the 100-meter in 10.86 seconds showed she would be a gold medal contestant. Richardson was on the road to be the first American woman to win the 100-meter Olympic title since Gail Devers in 1996. However, USADA announced on July 2nd that Sha’Carri Richardson, of Clermont, Fla., an athlete in the sport of track and field, has accepted a one-month suspension—as permitted under the applicable international rules an anti-doping rule violation for testing positive for a substance of abuse.

The one-month provisional suspension began on 28 June 2021, and Richardson’s ineligibility period had been reduced to one month because of the use of cannabis occurring out of competition and unrelated to sports performance. She additionally completed a counseling program that was because of her usage of cannabis. Thus, her one-month inadmissibility–the minimum permitted by the rules–is the same result as the two other Substance Abuse cases that USADA has handled since the 2021 Code took effect.

Richardson’s usage of marijuana resulted from the track star’s tragic loss of her mother shortly before the trials. She, like many others, turned to the therapeutic benefit of cannabis to help her cope with her loss.

On NBC’s “Today” show, Richardson apologizes, saying, “As much as I’m disappointed, I know that when I step on the track, I represent not only myself, I represent a community that has shown great support, great love. … I apologize for the fact that I didn’t know how to control my emotions or deal with my emotions during that time”.

The news of Richardson’s Olympic ambitions now being in serious doubt after her failing of a drug test touched the hearts of many. Celebrities, athletes, politicians, and the world itself took to social media supporting the 21-Year-Old Olympic hopeful.

On July 6th, the USA Track & Field Organization announced that Richardson had been officially determined ineligible to take part in the Tokyo Olympics. The USTAF stated that they “fully agrees that the merit of the World Anti-Doping Agency rules related to THC should be reevaluated, it would be detrimental to the integrity of the U.S. Olympic Team Trials for Track & Field if USATF amended its policies following the competition, only weeks before the Olympic Games.”

We all make mistakes and sometimes don’t deal with our hurts in the best way, but that doesn’t define who we are as a person. The biggest mistake we make in life is to make no mistakes. No one is perfect, but we all like to point to others’ imperfections and quickly judge. Sha’Carri Richardson has fully taken responsibility for her action, and we must all understand, she is only human.