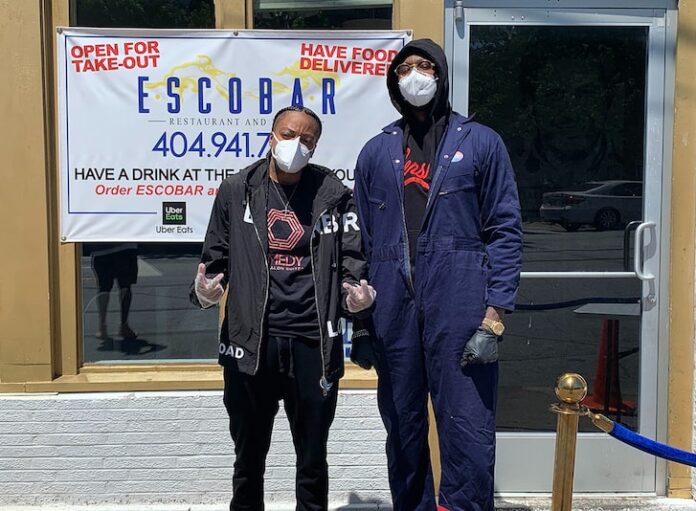 2 Chainz is definitely not opening up his Escobar restaurant to the public yet but he sure is using the business in a positive manner by feeding the homeless in Atlanta. This effort comes days after reports hit he waves that the he was opening his restaurants for dinner services after Governor Kemp gave the go-ahead for certain companies to resume business. 2 Chainz ended up denying all claims.

The good deeds continued on after feeding the homeless. Later on during the day the staff drove through Metro-Atlanta to various low-income and homeless neighborhoods and left meals.

“With the reopening of the city, we wanted to make sure to focus on who and what is important to the city of Atlanta, the community, the people,” Dillard and 2 Chainz said in a joint statement.

Mayor Keisha Bottoms has expressed concern over the reopening of the state. In an interview she said:

“I saw the ad watching Channel 2 like the rest of Georgia. I didn’t know what was coming and obviously the governor is the governor and he certainly has the prerogative to make the orders that he considers appropriate. He did not consult me. I do not know what was the reasoning and the data that the governor used to make this decision, because I have not spoken to him, but I did not know it beforehand. “

Yassie, an R&B Singer, Hits the Red Carpet at the BET...