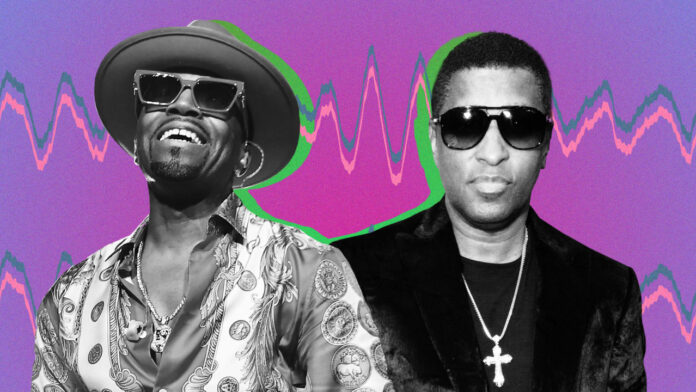 over half a million people tuned in to the most memorable and entertaining Instagram live battle yet. The audience included the likes of Michelle Obama and every music industry artist, producer, songwriter, and executive that mattered. Monday’s rescheduled Teddy Riley vs Babyface battle was the most epic “Verzuz” challenge yet.

The best description for the even is an epic ’90’s R&B flashback fest. Like any memorable battle, there had to be a supervillain and were all pretty sure that villain was Teddy Riley. After the first original date that showcased Riley’s technological errors of echoes and distortion, the fans were pretty riled up for the 2nd bout.

During the battle, the legends cheered one another with a bit of comradery. “You brought New Jack Swing to us all… I’m honored to be in here with you man,” Babyface said referring to the type of music Riley originated in the 80s and 90s. “You inspired me,” Riley told Babyface. “We keep each other on our toes,” Babyface said.

Overall many fans had a hard time deciding who the winner of this bout was. Both producers showcased a large number of classic hits that left the crowd on a cliff hanger. Celebrity singer Toni Braxton even stated “There is no battle, you know who’s winning? Us. The culture.”