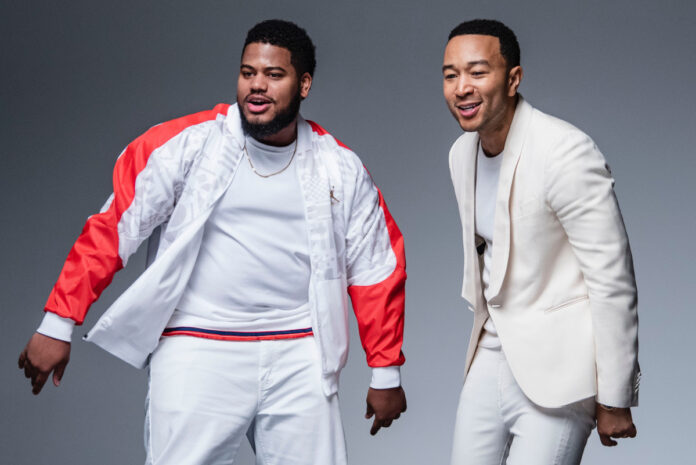 Tay Da Prince and John Legend have launched the “Love One Another” music video along with a fundraiser to benefit Feeding America and Second Harvest Food Bank, a Feeding America member based in Ohio. Proceeds garnered from donations and merchandise sales will go to help provide COVID-19 relief by providing meals to those in need.

Written, produced and performed by Tay Da Prince, “Love One Another” features his uncle, John Legend, lending his vocals. The video has been released on Tay Da Prince’s website and his YouTube page. Releasing during the height of the COVID-19 pandemic, the song’s universal message of loving oneself and others has become more relevant than ever. The “Love One Another” video integrates a fundraising campaign in partnership with Feeding America and Second Harvest Food Bank, a Feeding America member serving the Springfield, Ohio-area, providing hunger-relief to those in need.

“I see how my friends and neighbors, and the entire world are hurting,” says Tay Da Prince. “We’re all in this crisis together, so I wanted to use my song and its message of loving one another to try and do some good. By working with the Second Harvest Food Bank and Feeding America, I’m able to help those directly impacted in my community and reach out across our country and help families in need by providing access to food.”

Talent, character, and charisma are all essential elements that got Te’Vaun Stephens, artistically known by Tay Da Prince, where he is today. From an early age, his passion for music has allowed the young artist to hone his talent for creating art. It doesn’t hurt that he comes from a talented, musical family — John Legend is his EGOT-winning (Emmy, Grammy, Oscar, and Tony) uncle, and his father, Vaughn Anthony Stephens, is also a vocalist who exposed the artist to a diverse caliber of music and sounds.

With an unquestionable desire and talent to succeed, Tay Da Prince started writing and performing music at a young age. With time, his writing and musical growth progressed, and he started crafting his sound. Drawing inspiration from R&B, jazz, and gospel music, infused with old school hip-hop, J. Dilla and Kanye West are some of Tay Da Prince’s aural influences and is felt in his first single, “No Doubt.” The debut track offers a candid and introspective look into the mind of an emerging artist battling between the confidence and fear within himself.

The grounded 20-year-old musician’s writing and themes go far beyond his years and is reflected in his passion for his community and larger societal issues. The young artist’s talents and outlook has been shaped by his environment and family. When asked about the inspiration for “Love One Another,” and what makes it special, Tay Da Prince stated, “I was inspired by issues such as gun violence within my community and the lack of love displayed among people in today’s society. What makes this song so special is that it’s a universal call to love not in word only, but with actions.”

With a career that’s only beginning, look for more inspiring music and bigger initiatives from the socially conscious artist.

Te’Vaun Stephens, known as Tay Da Prince, is a new old socially conscious rapper-producer who is bringing soul back to hip-hop. At the age of 19, Tay Da Prince’s lyrics, storytelling and themes go way beyond his years and is reflected in his passion for his community and issues affecting society at large. His debut single “Love One Another” featuring John Legend is a call to love yourself and love one another, a timely message during the global pandemic. For more info, visit TayDaPrince.com.

About Love One Another Foundation:

Love One Another Foundation was organized as an Ohio nonprofit to uplift and enhance its community by providing and supporting programs to improve well being, reduce violence, and promote philanthropy for, within, and between community members. The Foundation establishes programs both independently and in collaboration with public and private corporations, 501(c)(3) organizations, and other non-profit entities in furtherance of its mission. Current programs focus on Crisis Relief, School Engagement, and the Love One Another Campaign. To donate, visit loveoneanother.foundation.