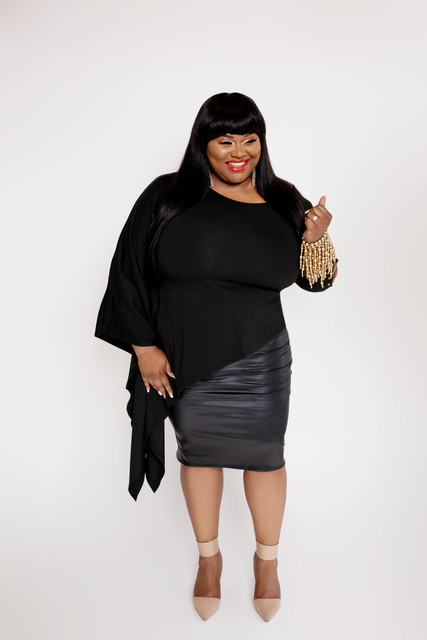 Songstress and soul-empowering musician, E’ssential, has inspired us once again with the release of her new single “Everyday Luv” on June 26th. The artist has been working hard to create new music and recently announced that her new EP titled LuvLiveLife will be released this year.

E’ssential first realized her love of performing in Church and only moved up from there. Since the start of her public musical career back in 2013, she has released several singles and two albums that have warmed the hearts and stirred the souls of anyone who has had the pleasure of discovering her talent.

Her first album titled I’m Ready Now was released in 2016. With ten smooth, jazzy tracks she delivered the message that her talent and confidence will no longer be kept to herself. The first song on the album, “I’m Ready Now (Intro),” kick-started the album that would make listeners feel heard through her relatable lyrics and inspired by tracks such as “High Self Esteem” and “Don’t Take It Personal.”

In 2018, she released her second album called E’ssential Soul Christmas Vol. 1 & 2. This unique holiday collection contained nine tracks with features from Alesia Miller, Brian Dimetri, T Jeanes, Aliyah, Ayanna, and many more artists. These soulful twists on classical holiday songs make this album the perfect playlist to listen to when you’re cozied up having a tender moment with a loved one by the tree or the fireplace.

Previously, E’ssential has performed with the likes of Anthony Hamilton, Jill Scott, Mc Lyte, Fred Hammond, Karen Clarke-Sheard, LL Cool J, Mary Mary, Dawkins & Dawkins, and Trinitee 5:7 to name a few. She has also been welcomed at Summerfest and Bastille Days, among other venues for concerts. With ample experience performing and songwriting, E’ssential started her own record label called E’ssential Music Entertainment which she acts as the CEO, songwriter, and vocal producer for.

Recently, the songstress has announced that her newest EP titled LuvLiveLife will be debuting this year. Based on her past releases, LuvLiveLife is heavily anticipated as being the newest addition to our quarantine playlists.