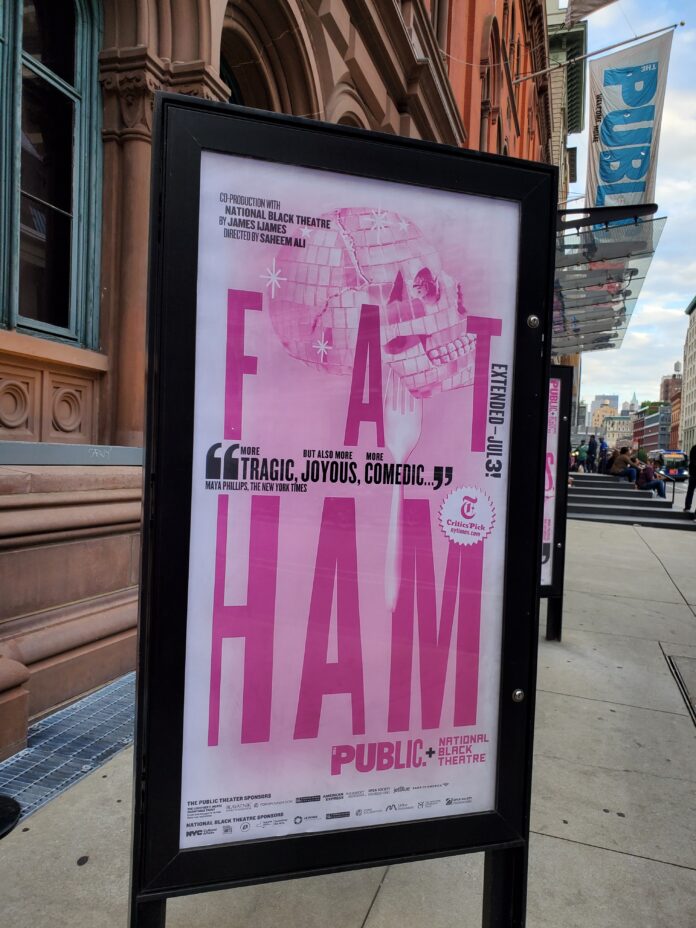 ( ENSPIRE Entertainment ) Fat Ham, a New Hamlet Adaptation, is a Story About Truth

“Fat Ham” by James Ijames opened on May 12 at the Anaspacher Theater (part of the Public Theater Off-Broadway) in co-production with the National Black Theatre organization. The critically acclaimed playwright has taken the classic work of William Shakespeare’s “Hamlet” and turned it into a comedic tragedy centered on the narrative of a queer, Southern college student. This unique adaptation tackles the intensity of confronting identity while immersing the audience on a hilarious journey that spins the Shakespearean comedy in a whole new direction. The play’s director Saheem Ali has been a part of a wide variety of Off-Broadway plays over the past few years, including productions of “Twelfth Night” (2017) and “Richard II” (2021).

“Fat Ham” was an opportunity to reinvent the story of Hamlet for a more modern audience, and the play has an incredibly talented cast and crew that makes the production shine brilliantly. With Marcel Spears as the main role of Juicy, the cast also includes Nikki Crawford as Tedra, Chris Herbie Holland as Tio, Billy Eugene Jones as Rev and Papp, Adrianna Mitchell as Opal, Calvin Leon Smith as Larry, Benja Kay and Thomas as Rabby.

This play will have you laughing from beginning to end, constantly engaging the audience with its quick wit and modern humor mixed in with classic Shakespearean comedy. But “Fat Ham” is not afraid to tackle serious topics with some of its scenes being intense. The writing of these scenes and performances by the cast illustrates the amazing job they do to keep you simultaneously humored and aware.

Overall, it is a story about truth, and when it comes out, taking the messaging in “Hamlet” and showing it from a completely new perspective. It also shows how some relationships require you to hide who you are, but no matter how hard you try, the truth will eventually burst out of you, because that is how you must live your life.

The story of “Fat Ham” needs to keep being told. Young people who identify as LGBTQ+ are looking more and more to be open with themselves, despite the concern of older generations who did not grow up with as much acceptance toward the LGBTQ+ community. Everyone should go see this show, as it’s the perfect production for both younger and older generations that encourages open communication and respect for one another. You can see “Fat Ham” until July 17 and purchase tickets on the Public Theater’s official website here.