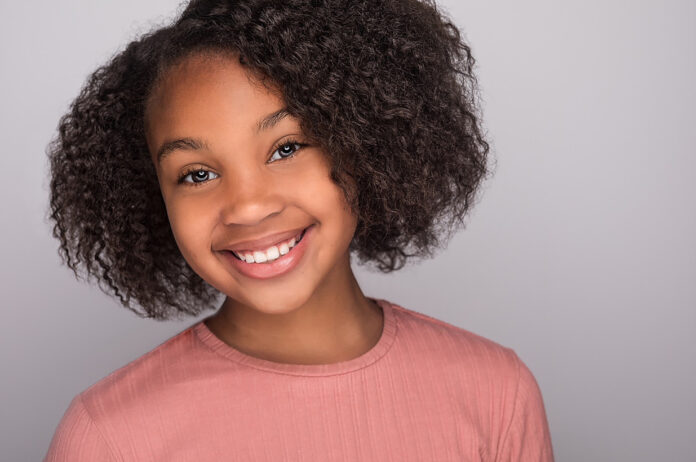 Alyssa Cheatham is a young actress that has already achieved so much at age 11! In 2016, Cheatham played in Collateral Beauty as Olivia, Will Smith’s daughter. She is also known for playing young Abbie in Irreplaceable You, Caroline’s Older Daughter in Private Life, and Rosalind Barnes in Every Secret Thing.

Cheatham also does voice work for animated series. She voices Maddie in Made by Maddie, a new Nick Jr. series that may be airing any day now. Cheatham is also a lead role in Santiago of the Seas, which premieres in October 2020. She plays a character named Lorelai, a pirate girl who can transform into a mermaid.

What is your favorite thing about acting and voice acting?

My favorite thing about acting and voice acting is that I get to portray different characters and tell different stories. Some of the characters I can relate to and other characters I don’t but I try my best to find a connection to every character so that every person I portray is authentic. On camera is very fun because you get to dress up, play with props, I get to use the physical space around me, and show how I feel through facial expressions and body language. What I love about voice acting is that I get to have a lot of freedom with my voice and play around with it. I get to record in comfortable clothing and not worry about always looking on point. There is a challenge with voice acting that some people may not realize. Even though you don’t have to memorize lines and you can read your script from the paper, you still need to be very animated and expressive in order to make your characters come to life.

What aspects of the characters you have played do you see in yourself?

I  have been in 11 films and I always love to find similarities between myself and my characters. I do have a film coming out soon called Cicada 3301. So, I’ll tell you about that. It’s directed by Alan Ritchson and was just acquired by Lionsgate’s Grindstone Entertainment Group. I play the role of Sophia in the film and she is really fun to portray. Sophia is smart and sassy. She is independent, a problem solver, and funny. I felt like I related to her a lot, in those ways. She is also raised by a single mom and so am I but her mom worked so many hours and wasn’t around. My mom works also but she is always around. As far as voice over shows, in Made by Maddie, I voice the lead role of Maddie. Maddie loves fashion and so do I. Maddie is a designer and one day I hope to design. I actually draw very well. Maddie loves her friends and family, she goes out of her way to help them and I share those same qualities. Oh, and we are both from New York City. I also voice the role of Lorelai in Santiago of the Seas. Lorelai is adventurous and loves to explore. She travels the world with Santiago and his cousin Tomas, solving problems and they have so much fun. I  don’t know if I am as adventurous as Lorelai but I do want to travel the globe and explore the world. I love helping people, like Lorelai. Lorelai also sings. She is a singing mermaid and I sing, as well.

How do you see those characteristics as a way to help young people go for their dreams?

Being independent and helpful will go a long way when pursuing your goals. Being open to trying new things and understanding that there is always a way to solve a problem will also come in handy when following your dreams. Things will not always go your way so you have to remember to keep trying and work hard.

What has influenced you the most to be an advocate for young people through your roles?

This is not an easy career but it is possible. It takes a lot of sacrifices, hard work, and dedication behind the scenes. I have worked so hard for each role I booked and I have a lot of goals I want to accomplish. Beyond the roles I have booked, I want to write my own projects, I am working on new music, and I want to create opportunities for others. I just hope that others will look at me and say, “If she can do it, I can too!” I am just like other people and they are just like me. Dreams do come true but you have to work for them.

How have you been staying positive through the drama with Made by Maddie?

I just think about the positives that I have gained from this experience. I got to meet new friends and  I am very close with them now. I got a chance to do what I love, for almost two years, working on Made by Maddie. I  grew as an artist and also as a person, working on the show. Facing this challenge and obstacle, I was able to keep going  and now I have  the opportunity to inspire others. In life, things may not always go your way but that shouldn’t stop you from moving forward. I hope that others are able to take from my example and have the courage to keep going.

Alyssa Cheatham is a talented and passionate kid who uses her platform to inspire young kids, teens, and even adults to live their lives the way they feel is right. She wants them to create their own path and live life on their own terms.