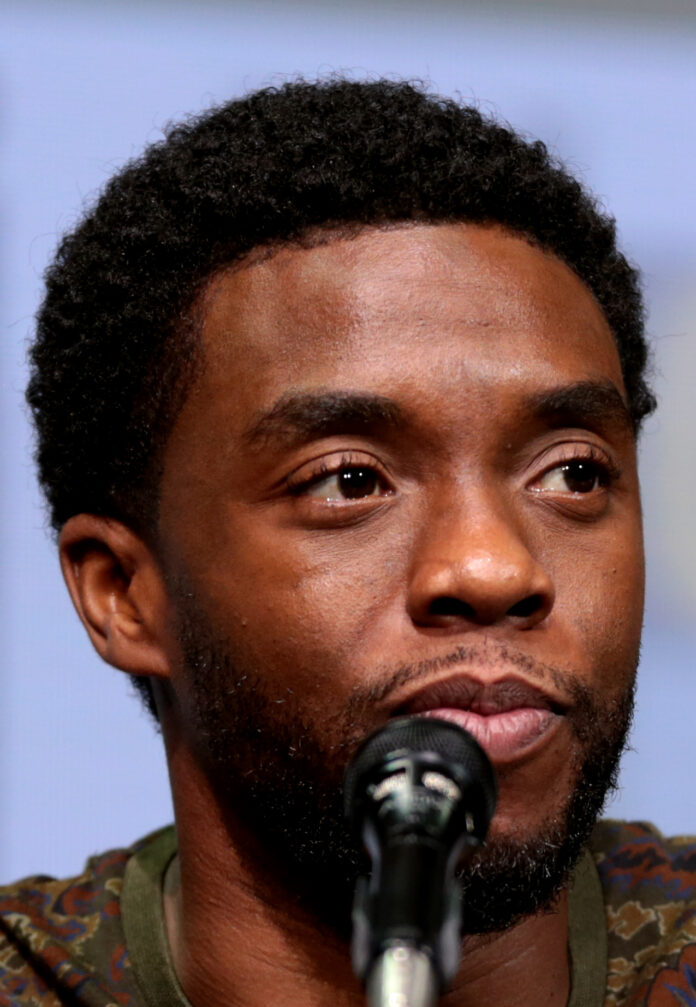 When Actor Chadwick Boseman, mainly known for being in 42, Get On Up, Marvel’s Black Panther, 21 Bridges, and his latest movie, Da 5 Bloods, died of colon cancer on Aug. 28, some people were beginning to believe that “2020 was the worst year ever.” However, his words of inspiration have touched a lot of people in the black community by encouraging them, even when life is hard. Boseman has spoken at multiple events with some words of wisdom while never holding back when speaking to any audience. Whether it’s at an interview, awards, and graduation ceremony, his light shined brighter every time he opened his heart to everyone.

Despite finding out that he had colon cancer in 2016, Boseman chose to push on to greater heights by still doing movies that show great African culture and black representation, Marvel’s Black Panther. In 2018, he received the opportunity to speak at the commencement at his alma mater, Howard University. Boseman spoke to the 2018 graduating class that purpose is not defined by what you do for a living. “When you are deciding on next steps, next jobs, next careers, further education, you should rather find purpose than a job or a career,” he said in the recorded video. “Purpose crosses disciplines. Purpose is an essential element of you. It is the reason you are on the planet at this particular time in history.”

Then at the Screen Action Guild (SAG) Awards in 2019, his acceptance speech for the outstanding performance by an ensemble in a motion picture touched on the cultural impact that Black Panther had on the black community. “We know what it’s like to be told there’s not a screen for you to be featured on, a stage for you to be featured on,” Boseman said. “We know what it’s like to be the tail, but not the head. We know what it’s like to be beneath, but not above. And that is what we went to work with every day. Because we knew not that we would be around during awards season or that it would make a billion dollars, but we knew that we had something special that we wanted to give the world — that we could be full human beings in the roles that we were playing. That we could create a world that exemplified a world that we wanted to see.”

At the MTV Movie and TV Awards, not only did he receive two awards that night for “Best Performance in a Movie” and “Best Hero,” but he gave the “Best Hero” Award to James Shaw Junior, a man who saved some people from a gunman in a Tennessee Waffle House. Boseman said some inspirational words about the true meaning of a real-life hero. The moment was historic because Boseman was willing to give his award to someone who showed heroism without being in front of a camera.

The same year, at the NAACP Image Awards, Black Panther won the best motion picture. Boseman won the best actor in a motion picture. According to Revolt TV, Boseman spoke about “living in his purpose” by the backstage press. He said, “I feel that I’m living my purpose. But the thing about purpose is that it unfolds to you more and more every day. You could be living in what was revealed to you at a particular time, and then you might get stagnated because there’s more that you’re supposed to do. It doesn’t just stop as you do one thing. I think it’s [about] being open to what you’re supposed to do at this moment and not getting stuck in the past. Purpose is not related to career or career. It’s related to what God put inside you that you’re supposed to give to the world.”

Although Black Panther was a hit in theatres, Boseman still shared a lot of wisdom and inspiration outside of acting. His words will stay close with a lot of members of the black community, including those who worked with him on the different film projects. During his time dealing with colon cancer, he made it his mission to provide more movies with a leading black actor and never strayed away from acknowledging why it’s important for positive black representation in movies. His words will never die out, and there is hope for many actors like him to come in with the same inspiration.