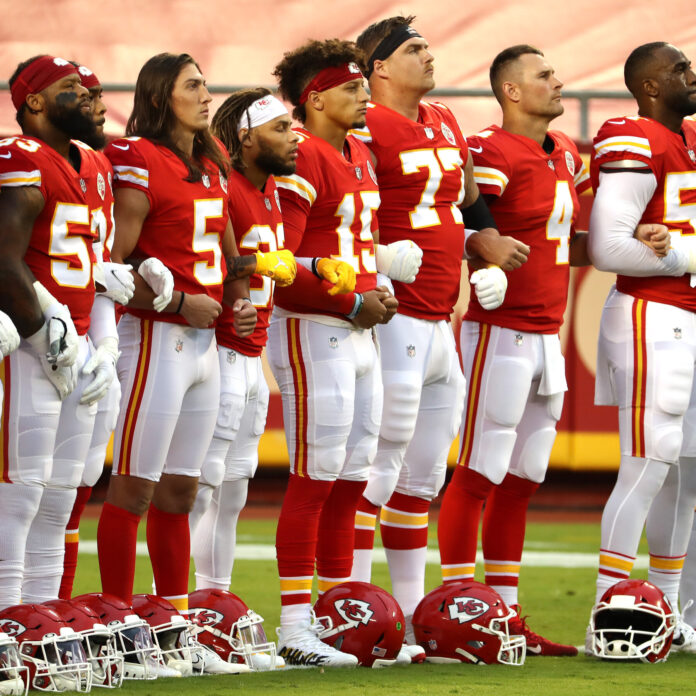 The NFL season kicked off Sept. 10th to a very disappointing start when some Kansas city fans started to boo at the NFL players standing and locking arms for what the league called “a moment of silence dedicated to the ongoing fight for equality in our country.” The purpose of the moment was to show solidarity, and unity among all NFL players, so there’s confusion of why it’s seen as a protest of the flag by so many people.

“Some NFL fans booing the players for standing and locking arms in a moment of silent unity proves that for them the ‘standing for the flag’ was always about perpetuating white supremacy,” said Eric Bunch, Kansas City councilman on Twitter. This incident seems to come as a direct result of how the NFL chose to handle social justice protests. A tone was set for the neglect of social justice issues with their handling of the Colin Kaepernick situation, and now this is the outcome.

The NFL failed to realize the cultural influence they have on certain people. They didn’t realize that their approach to the Kaepernick situation left a lot of people with a skewed view of social justice protest. In June, NFL commissioner Roger Goodell acknowledged that the league could have done a better job listening to its players on the subject of racism and police brutality against black people.

About 2/3 of NFL players are black, so it would seem that there would be more of a priority to address social justice issues involving black people. As protests in professional sports begin to ramp up across the country, the NFL seems to be one of the only leagues to have so openly neglected these issues.

The NFL set the tone for their treatment of social justice issues, and it reflected in their fans. If the NFL was vocal about their support for these issues, in the beginning, they wouldn’t be having this problem. This incident shows how corporations can’t dismiss an issue then jump on it when it’s convenient for the brand. The NFL made their bed, and now they have to lie in it.