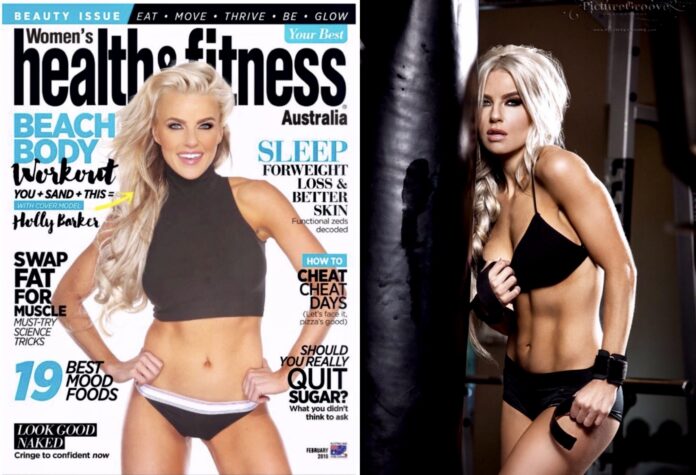 Holly Barker is a name that has been on our radar for a while now, but now we know exactly why her name rings bells. The Canadian-born rising star has made a huge name for herself out here in Hollywood with her brand which has opened up her fan base across the world. The fitness mogul, athlete, model, actress, content creator, and social media influencer has seriously shown us you can achiever anything if you put your mind to it. The little girl who grew up on a farm in Saskatchewan had big dreams to go after and trust me when I tell you, she is truly living hers.

The athletic star continues to gain new fans with her stunning beauty and physique which has recently has been featured on the cover of major publications including Playboy Magazine and Women’s Health & Fitness. Now with that being said, you would think that would be enough for her but this successful entrepreneur who owns her own fitness centers has proven that their brains behind the talent and beauty.

As an artist and creator of content, Holly has garnered over 920k followers on social media which has made her one of the leading influencers online, and trust me brands have surely taken notice. There’s something to say about a woman who is a self-made mogul, that truly inspires others to go after their dreams. Now one would think with her hands in so many pots Ms. Barker would be slowing down, but even during a worldwide pandemic, she is continuing to conquer Hollywood as she steps into acting.

Holly is the epitome of a renaissance woman in more ways than one and is the prime example of what greatness can be when passion meets hard work. To see more of Holly check out this inspiring video of her teaching others how to build their brand.

Make sure to follow Holly Barker on Social Media

Tiffany McCormick Opens Up About Her Faith In Her New Book