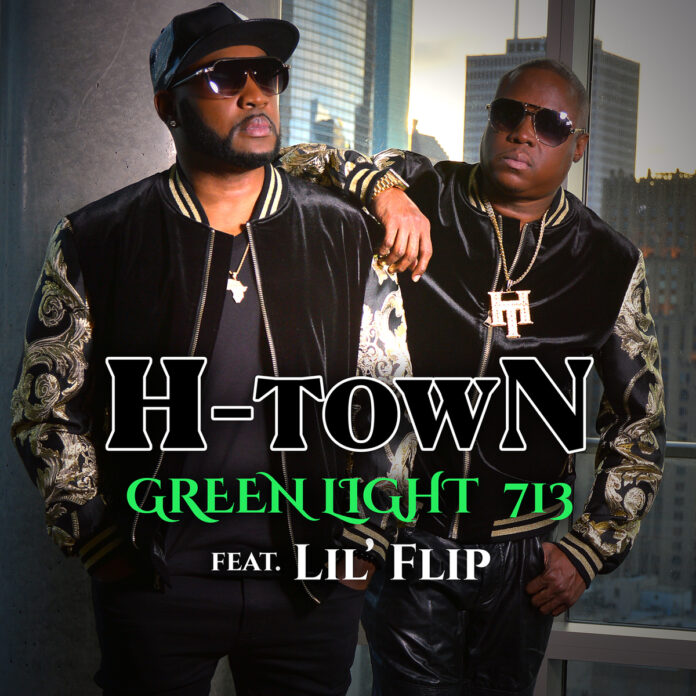 Multi-platinum R&B group from Houston, Texas, H-Town, released their new single “Green Light 713,” featuring legendary Houston rapper Lil’ Flip. The song is a remix from the original version, “Green Light” from the last album, Child Support. The collaboration was the highlight because two 90’s Houston legends were coming together on a single.

The single was released through their new label, So, Let’s Talk and H-Town’s own imprint H-Town Music. 713 represents Houston’s most popular area code. H-Town remixed the song with Lil’ Flip, another Texas native, who was dubbed as the freestyle king by DJ Screw. He is a multi-platinum recording artist, responsible for hit singles such as “Sunshine,” “Game Over,” and “The Way We Ball,” and two platinum-selling albums, The Leprechaun, and U Gotta Feel Me. H-Town originally consisted of twin brothers Keven “Dino” Conner and Solomon “Shazam” Conner, along with their longtime friend Darryl “G.I.” Jackson. A tragic car accident in 2003 took the life of Dino. H-Town continues to produce music in the 2010s.

Known for their groundbreaking Slow Jams, H-Town’s 1993 hit single “Knockin’ Da Boots” changed the face of R&B in the early ’90s. Their debut album, Fever For Da Flavor sold more than 3 million copies. The group’s second album, Beggin’ After Dark in 1995, included the platinum single “Emotions,” and their third album Ladies Edition featured the gold-selling singles “They Like It Slow” and “Natural Woman.” H-Town has featured on numerous movie soundtracks, including “Part Time Lover.” H-Town later gained endorsements for their classic version of the title track to Martin Lawrence’s black comedy-romance, “A Thin Line Between Love and Hate.”

Listen to “Green Light 713” on YouTube and Spotify. Find more about H-Town and Lil’ Flip on their Instagram, @htown4life, and @lilflip713.