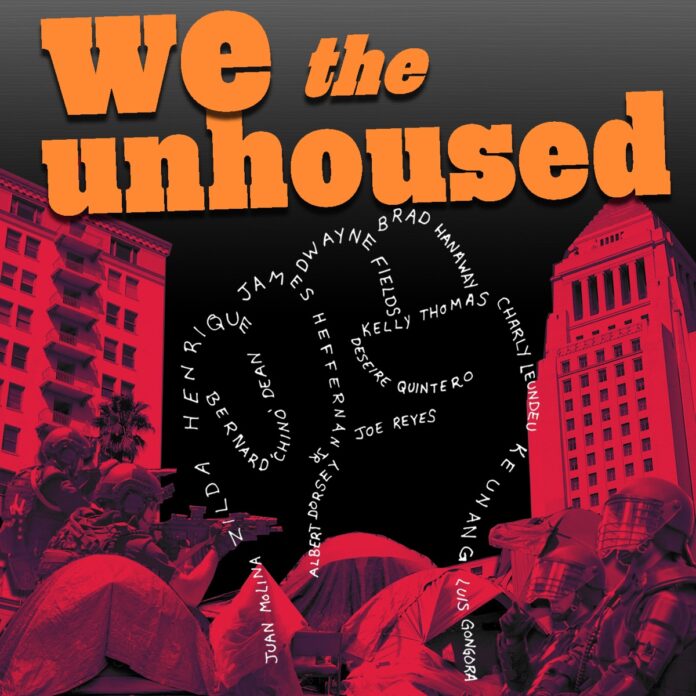 A former elementary school teacher, who is now in the Los Angeles streets due to bad luck starting with a diabetic coma, is using his unique position to raise awareness for the unhoused population of Hollywood Boulevard.

Theo Henderson chronicles his life living in the streets through his cellphone. He talks to the people in his surroundings and gets their story on tape too. All of this is then transferred to a podcast called “We the Unhoused.” This podcast received its name because Henderson has been subject to humiliation with the word “homeless” and has made it clear he prefers the word “unhoused” to describe himself.

The podcast is involved in social justice movements, with Theo and his group confronting police and city council members. When Black Lives Matter protester Tianna Arata was taken by the police, Henderson was there to document the police investigation and Arata’s case in episodes 31 and 32.

Henderson’s podcast is organized in such a way to impact the listener and raise awareness for the causes behind the rising unhouse population. He wants to let people know the unhoused population is not just people who have made bad decisions, but people who have run into complications due to things outside of their control. For example, Henderson, a college graduate, lost his home due to medical bills that overtook most of his income. In episode two of the “We The Unhoused” podcast, Henderson interviewed a man named Freddy who lost his home after his wife died since he was not able to keep up with the bills.

“We the Unhoused” is revolutionizing the way the unhoused population of Los Angeles is being reported on and giving them a stronger voice in the media. One thing Henderson wants to make clear is that as a society, we can be doing a lot to lower the stigmatism around unhoused and treating them with the respect and dignity they deserve.

Cow Farts Will Save Our Planet!!