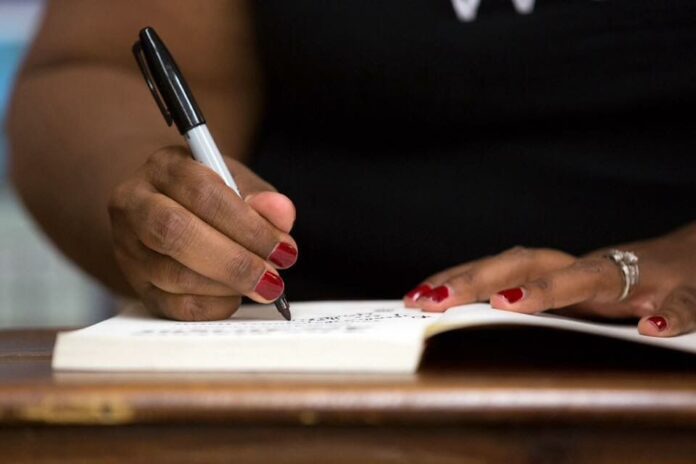 ( ENSPIRE She Did That ) Mary-Frances Winters and Tamara Winfrey Harris Wrote Books Focused on Powerful Letters From Black Women and How Racism Erodes the Mind, Body, and Spirit

During Black History Month, one of the most inspirational pieces of history is the books that Black authors write for empowerment and education. Mary-Frances Winters is the founder and president of the Winters Group Inc. She helped clients create inclusive environments for over three decades. She wrote a book, “Black Fatigue: How Racism Erodes the Mind, Body, and Spirit,” on the effects racism has on the Black community.

Tamara Winfrey Harris specializes in the intersection of race and gender with politics, pop culture, and current events. She combined letters that she received from diverse Black women and wrote her book, “Dear Black Girl: Letters from Your Sisters on Stepping into Your Power.”

Black Fatigue: How Racism Erodes the Mind, Body, and Spirit

Winters’s book, “Black Fatigue,” discusses how racism affects the Black psyche. She used her own experience as a first-generation American, whose family was African Canadian. Winters experienced racism in education and corporate America. She wrote “Black Fatigue” as a way to examine racism and the effects it has on Black people through research and statistics.

“Black Fatigue” proved that “Black children often grow up too fast” because of their social circumstances and stereotypes that are less innocent than White children. The mass incarceration of Black men and others contributes to the striking statistics on how a few of them marry. The most striking of her findings is the startling connection between Black people and their psychological and physical health challenges as a result of enduring racism.

“The racist system is not just killing Black people; it is tearing the whole nation apart. In every aspect of life, from socioeconomics to education, the workforce, criminal justice, and very importantly, health outcomes, for the most part the trajectory for Black people is not improving.”

“Black Fatigue” is not only timely but a necessary edition to the 21st-century canon of critical writings on race and culture. Winters’ nine-chapter exploration of the subject is not only proof of racial disparity, but a step-by-step guide designed to educate the reader on the overlooked and forgotten history of discrimination and discontentment and what everyone can do about it. It is a timeless chronicle of both a Black woman’s path on the narrow road of white male privilege and the ancestral burden of being from a family that escaped the American South for Canada via the Underground Railroad. Winters’ story is unique, captivating, and right on time in both enlightening and containing a world on fire.

Dear Black Girl: Letters from Your Sisters on Stepping into Your Power

More than a year ago, author Tamara Winfrey Harris asked a few Black women on social media to write 12 honest, open, and inspiring letters of support to young Black girls in a workshop aged 13 to 21. Harris asked them to write letters that were loving, truthful, vulnerable, feminist, anti-racist, body positive, LGBTQ+ positive, anti-respectability politics, and pro-Black girl. Instead of twelve letters, she received more than 50 from all over the world.

The letters that were contributed were then organized into her book, “Dear Black Girl,” to model how Black women can nurture future generations. Each chapter ends with a prompt encouraging girls to write a letter to themselves, teaching the art of self-love and self-nurturing.

At the crossroads where Ntozake Shange and Tarana Burke meet, “Dear Black Girl” is both passionate and balanced in its message for women, a compass for all seeking shelter above the chaos of the day. “Dear Black Girl” is both the letter every Black woman has wanted to read, and the message they hope will reach a past or future self, the encapsulation of experience outside of time and the generational struggle to maintain tradition in the face of progress when it comes to both how everyone sees the world, and each other.