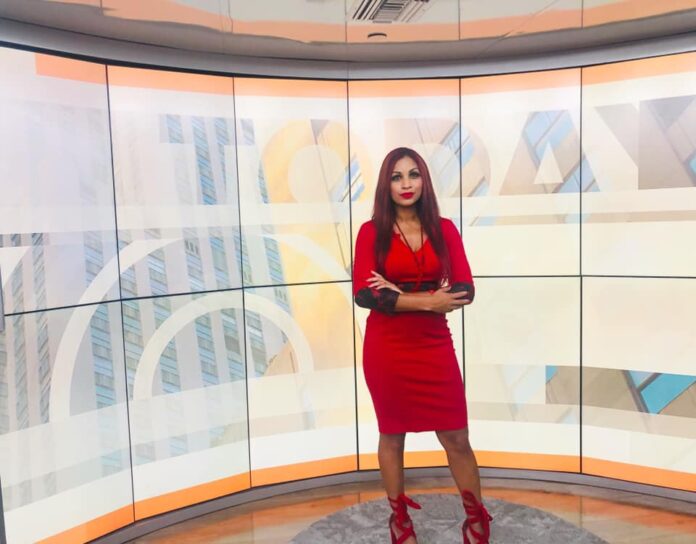 Desiree’ Tulsidai Kinney is the CEO and Founder of The Business Matchmaker and is an Empowerment Speaker, Career Coach, and Media/TV Personality. Kinney is a strong-minded and determined woman that uses her business expertise and passion for the arts to get the best of both worlds.

Kinney has 10 years of experience in business and financial services. She specializes in marketing, business development, and operations. Kinney currently works in the private client/wealth management division of JP Morgan Chase, where she provides services for clients’ wealth management and portfolio planning needs. She previously served as a private client officer, relationship officer, and small business specialist. Kinney currently serves on the board of one of the largest business resource groups at JP Morgan Chase while being a part of their Culture Council.

Kinney’s pursuits have led her to be the CEO & Founder of The Business Matchmaker LLC, to serve small business owners and provide “business matchmaking” services. Kinney is passionate about personal branding and uses her knowledge to uplift businesses and individuals who want to develop their trademark. From building strategic partnerships to opening doors to introductions for business, Kinney believes, “it’s not who you know it’s who knows you.”

Her specialty speaking topics include networking strategies, especially in an age where social media and LinkedIn changed the landscape of how society runs and does business and curates our brands. Kinney’s business matchmaking workshops and services were on CBS2 News, NY1 News, News 12, Fox Business, InvestmentNews, ZeeTV, and TVAsia. Kinney also spoke at Fortune 500 Firms across the financial industry.

It’s not enough to talk the talk when it comes to networking—and Kinney knows that. She is dedicated to helping the self-growth of others, especially diverse and underrepresented women. She is a special committee member of Savvy Ladies and a career panelist for Rutgers. She is also the current marketing and membership board member for Women in Insurance & Financial Services and the director of strategic relationships for the National Association of Professional Women. Kinney’s mission is to support diversity and inclusion and serves on the Guyanese Girls Rock committee. She previously served as the marketing director for the Association of Latino Professionals. She is a television and podcast host for Brooklyn Savvy TV and the Work Your Money podcast, with her segment titled, “Women and Men In Business Who Rock.”

She does not shy away from the spotlight and has also developed her career as a musician and songwriter. Kinney is an award-winning artist formerly known as “Desire.” Her television appearances, public speaking skills, and passion for music make her a well-rounded singer-songwriter, with many original songs to her name. Kinney first started in the music industry with Pass Me the Ball, a group that combined collaborative pop, R&B, and hip hop genres. Their songs “Staring” and “Busy This Weekend” featured on iTunes and had an Amazon-best selling book created based on the group’s theme entitled “Pass Me The Ball.”

Her biggest music inspirations include Mariah Carey, Alicia Keys, Christina Aguilera, and Michael Jackson. Kinney is known for her Music Group, Dorothy Milone, a multi-ethnic pop-hip hop group in the DMV. In 2019, her group was awarded Female Group of the Year at the Titan Arts Awards. Their hit single “Gas U Up” was first released on WPGC FM in D.C. It rose on national radio and landed on Record World Magazine’s Independent Airplay Chart. Their next hit single, “Imagination,” featuring Love & Hip Hop Atlanta’s Tokyo Vanity, performed live on WUSA9. They also had a “girl talk” radio show, and within the first year, The Dorothy Milone Radio Show was nominated as best in D.C.

Kinney continues to chase her musical dreams. She plans to re-release a single, “Don’t Run For Cover” and is currently working on new singles as a recently independent artist. After meeting a Grammy-nominated music producer, Kinney focused on creating music that tells a story and provides healing to those in need, a combination of upbeat feel-good music, as well as slow ballads with meaningful lyrics that speak to her fans.

Kinney shows that passions and careers can be the same. Kinney speaks about how there’s nothing better than being with family, singing, and songwriting while dancing at her local cultural center. Women are multifaceted and multi-talented, and Kinney is a reminder that balance and fulfillment are real things if persevered.

What’s Happening in Beirut and How You Can Help