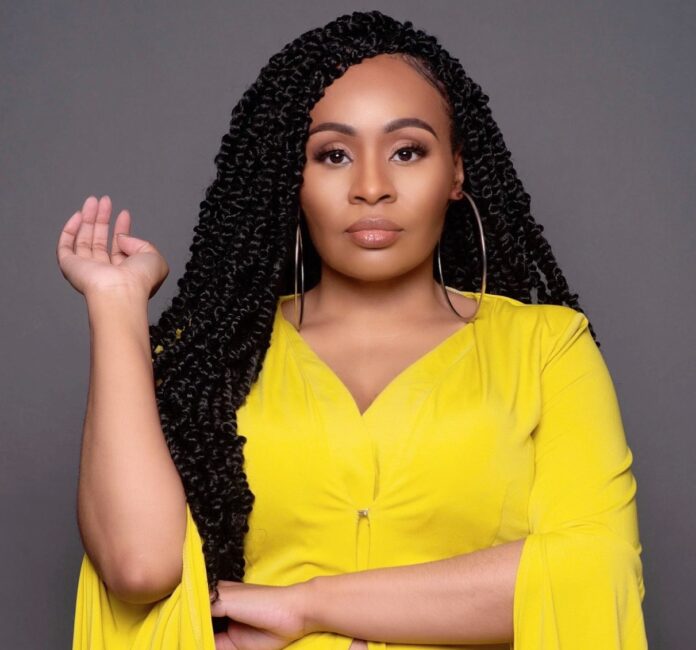 Ayanna Davis is an autism advocate who brings positive attention and awareness to autism. Davis uses her platform to educate others about autism and does not shy away from speaking truthfully about living with autism. Davis speaks about how creating art is her outlet to express her emotions and is an artist, illustrator, fashion designer, and author. For this Autism awareness month in April, Davis will be preparing to release her children’s book about autism and hopes her story will show others that no matter the challenges they face, anything is possible.

Davis was diagnosed with autism in 2015. As a child, she felt different from her peers and struggled to communicate and experienced anxiety, nonverbal episodes, sensory overload meltdowns, and shutdowns. Davis had mixed-feelings towards her diagnosis but eventually accepted and felt a sense of relief when she understood herself. “My diagnosis devastated me at first,” she says, “but then it made me have a better understanding of myself and why I am the way I am and why I respond to things the way I respond.” Most of all, her diagnosis allowed Davis to educate others. “I wasn’t ‘crazy.’ There was a reason I am the way I am… I could now handle situations better because I was aware of the reason my mind reacts to situations and information the way it does. I understood I was not having tantrums but I was having autistic meltdowns. I understood I wasn’t having shutdowns but I was experiencing autistic burnouts.”

Davis’s character, heart, and outlook on life remained unchanged, yet she was met with prejudice and obstacles because of people’s stereotypes surrounding autism. “I believe partly because there is a myth black girls don’t have autism … common misconceptions I have seen a lot again are black people do not get autism, people with autism are stupid, and people with autism have no empathy. In my case, this is false. I’m not stupid, although I may need things explained to me in a different way than they could be explained to a non-autistic person. I’m also very empathetic.” Davis embraces her differences and holds a positive outlook on life. “I live with autism, I do not suffer from it. I’m a naturally happy person. No matter what is going on, I’m going to smile, I’m going to laugh, and I’m going to be grateful.”

Davis explains that her differences make her beautiful. Davis is open about her experiences with seizures and medicating, “I experienced memory loss, which I still deal with, and my speech was affected … it’s hard, it’s dangerous, and it has caused lingering damage, but I’m not suffering. I’m just living differently.” Most importantly, she encourages people to get to know her and others with autism and avoid making assumptions because everyone has a different story. “You should find out their interests, figure out their triggers, find out what makes them happy, and do not ridicule or make ignorant assumptions. Just ask questions and educate yourself.”

Art has always been Davis’s escape. Davis took to drawing, painting, theater, and dance and used them as communication tools. “It was a place for my emotions when they didn’t fit anywhere else.” From a young age, Davis experienced bullying for her differences and found solace by auditioning for roles and drawing and painting. “When I wasn’t talking to anyone, I was either drawing or painting. It was my safe space.”

Naturally, Davis is an accomplished children’s book illustrator. The latest book she illustrated is called “My Melanin” by Renita Pagan, available on Amazon now. The book speaks to many themes Davis believes in and encourages young women of color to embrace their natural features, whether that’s their skin tone or hair texture. Davis believes art can make a change and has made art highlighting breast cancer, disability, and pieces in tribute to Breonna Taylor and George Floyd to raise awareness about police brutality and show her support and honor their lives. “This is the way I knew how to express what I was feeling about the issues. I didn’t know another way to communicate it.”

Davis hopes that representation of those on the autism spectrum improves and is taking steps herself to increase visibility. Davis was recently signed with an agency in New York for print and commercial modeling and is currently working on releasing children’s books for Autism Awareness Month this year. Generally, Davis believes that mainstream “Hollywood, Broadway, and even smaller theater groups have a horrible representation of autistic actors, models, etc. There are plenty of autistic performers capable of playing autistic and non-autistic roles, but they won’t be cast. They will easily cast a non-autistic person to play an autistic person, or a non-disabled person to play a character with some other type of disability before even looking within the community.” Davis hopes to raise awareness about these issues and uplift herself. People with autism are worthy of living their dreams and should not put limitations on themselves despite the challenges. “Forget all the rules written for people with autism and live your life the way your heart desires for you to live it”

Davis reminds all of us with her insight, wisdom, and confidence to understand one another. She leaves us with an important message that is sure to resonate regardless of who we are: “If I had to give advice to others with similar or any challenges, it would just be to focus on the really great. Every day will not be wonderful, but we have the next coming day for another chance at happiness, another day at joy, and another day to fight again.”

Dr. Karen A. Scott: A Catalyst in the Fight Against Obstetric...