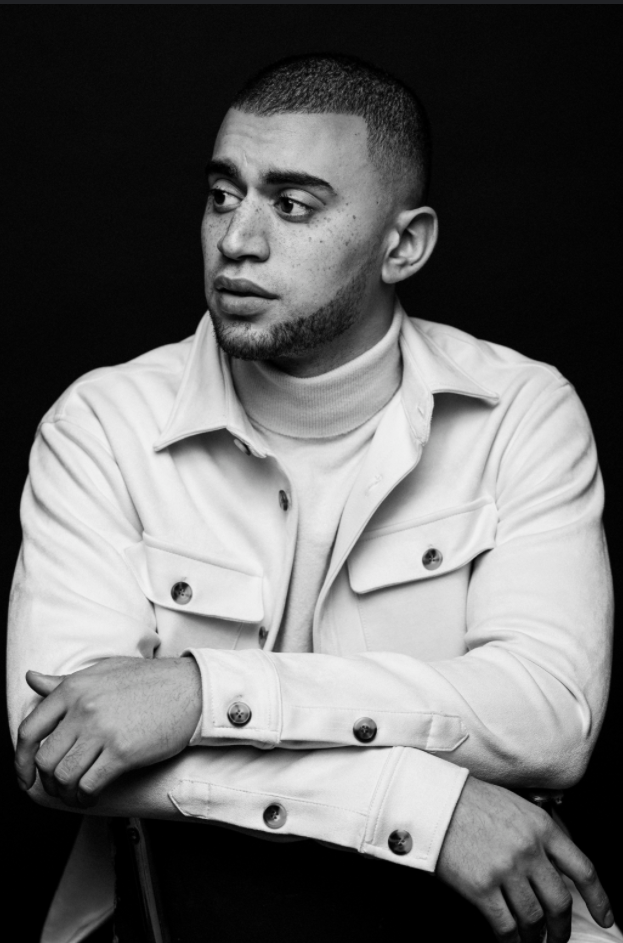 Released as the second single ahead of his new album Redlight, Erwan Alexis’ new single “Selfish” introduces us to an electrifying yet smooth new sound that absorbs us with its distinctive form and ensnares us with its powerful lyrics. Created in part as a collaboration with Felix Sabal-Lecco, the Franco-Cameroonian drummer, the song’s raw emotional components reflect not only the multicultural collaboration but also Erwan Alexis’ own multicultural upbringing as a kid raised in New York City to French parents.

The universal appeal of “Selfish” comes from Erwan’s ability to incorporate his own multicultural upbringing with broader themes such as love and heartbreak, evident in the emotional conflict of “Selfish” in which he must confront his own desires to be with a woman already in a happy relationship. This envy is something we’ve all felt in our lives, yet the unique style that underpins Erwan’s work, as well as the contribution of Sabal-Lecco, allow us to empathize with the story on a deeper level, not just understanding the story but also truly feeling the desperation of the singer as he struggles with his impossible dilemma.

Erwan Alexis was able to answer a few questions regarding the inspiration behind his work.

ENSPIRE: What inspired you to write “Selfish”?

Erwan: I wrote Selfish in a time where I was forced to let go of someone I was involved with. I came to the realization that this person was selfish, so it kind of triggered me into writing the song. I didn’t write it about them explicitly, but the sentiment was directed towards them.

ENSPIRE: What’s your process in writing and creating songs like selfish?

Erwan: I usually start with a tempo and melody, followed shortly by a stream of lyrics. Once I have a shell of a cadence and words, I begin working on the instrumentation. Once I’ve got something that I feel in my soul, it’s time to bring it to producer Felix Sabal-Lecco for production and arrangements.

That’s where the song turns into something big, powerful and groovy.

ENSPIRE: How has your background as an individual raised in New York City to French parents’ influence on musical style and the message of your music?

Erwan: I believe that being multicultural and multi-racial gives me a lot of references to pull from. Working on one record I may draw inspiration from “Biguine Jazz” from Martinique, Michael Jackson and Sting, and The Police. I do not feel pressure to fit in a box. The message in the music I make is shaped by my upbringing. I was raised in a militant household, activism is second nature to me. But as kids, my sister and I were also taught to have fun. Sometimes dance and song are exactly the messages people need.

ENSPIRE: How did it feel to collaborate with Felix Sabal Lecco and how do you think your individual style mesh together for this track?

Erwan: We are both Hybrids and understand multiple cultural backgrounds. He and I understand each other completely. I do not have to explain my musical choices to Felix, the same way he doesn’t have to explain them to me. He is from Africa via Cameroon and France. My mother grew up in both. I was listening to Salif Keita, Youssoun N’Dour, Manu Dibongo as a small child. French and American music is also a common ground for us, so we pulled from that for “Selfish”.

ENSPIRE: What do you hope listeners take away from Selfish and your other work?

Erwan: I hope they take a little piece of joy with them. I hope that even when the song is about heartbreak; they find the light within and are inspired like I was inspired when creating them. Every song I’ve written was for this purpose.

With “Selfish”, Erwan shows his ability to craft a track that appeals both to our universal sensibilities and experiences as human beings and our desire to hear music pushed to new stylistic boundaries, whether it be in his collaborations with other great artists or simply Erwan’s own multicultural background. These talents enable Erwan to be a spectacular cultural ambassador alongside artist, and like the rest of his Redlight album releases, it will be possible to see more and more of his pieces deal directly with the issues that inner-city youth, and especially multiracial youth, fight every day as they battle pressures both internally and externally. In this way, Erwan brings a voice to a group often severely underrepresented, and that voice will only grow greater with songs like “Selfish” and his album, “Redlight”.

Find and follow Erwan Alexis along with “Selfish” on his social media platforms, located at Spotify // Instagram – @erwanalexis // Tiktok – @erwanalexis

Musician Niko Brim Become a Rising Leader in his Community