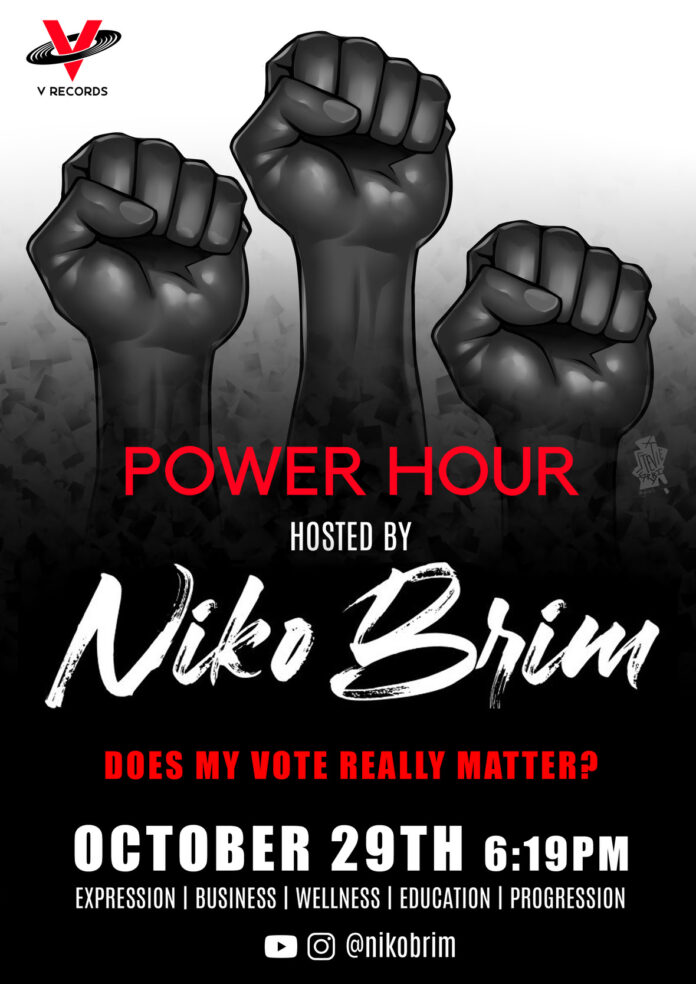 Hip hop artist and basketball fan Niko Brim dropped a visual tribute to LeBron James, who just won his fourth N.B.A. championship, leading the Lakers to their 17th, laced to his new track, “Bonita,” a soon-to-be-released single off his next V-Records EP, B4UGO. This teaser project is the prequel to his forthcoming full album King Has No Crown.

Brim’s bravado on the bridge of the song, “Bonita,” where he rhymes “Looking for the king? Well here I am,” is the perfect rim anthem to celebrate the MVP. Niko Brim has also gained notoriety as a rising young leader, swinging his mic for peace initiatives in his Mount Vernon, N.Y. hometown. His alliance with 94-year old Ms. Opal Lee, who has been leading the charge to make Juneteenth a federally observed holiday.

What kind of peace initiatives do you take part in?

I take part in peaceful protests. I led a march through my city, Mount Vernon, through Pelham and ended in New Rochelle. It was great. I look forward to doing more.

What has inspired you the most and why? What do you do with that inspiration?

I’m most inspired by the condition of my people and me. All I have to do is look around. Inspiration is everywhere.

What makes Juneteenth important to you?

Juneteenth is important to me because it’s a part of my heritage. I should be able to celebrate my history just like everyone else.

How does your aim for peace cross over to your music?

It crosses over in the lyrics and what I represent. In my music, I share a lot about the trials and tribulations I’ve experienced or those close to me. I’m mindful also of sharing the solutions that have worked for me in hopes it can inspire the next mind to seek the same.

How does it feel to be a rising young leader? What is your take away from this?

It’s humbling. There’s also a sense of urgency and responsibility. I’m just a vessel for the work to be done. I’m honored to be a part of the change. My biggest takeaway is that it’s all in every single one of us. We are all a part of this if we so choose.

As a young-thought leader, Brim is often invited to speak at events focused on culture and empowerment. He participated in SoHo Muse’s Black Lives Matter programming and will be a panelist at AfroComicCon 2020.

TV One’s Celebration of “Women Leading the Change” at the Annual...