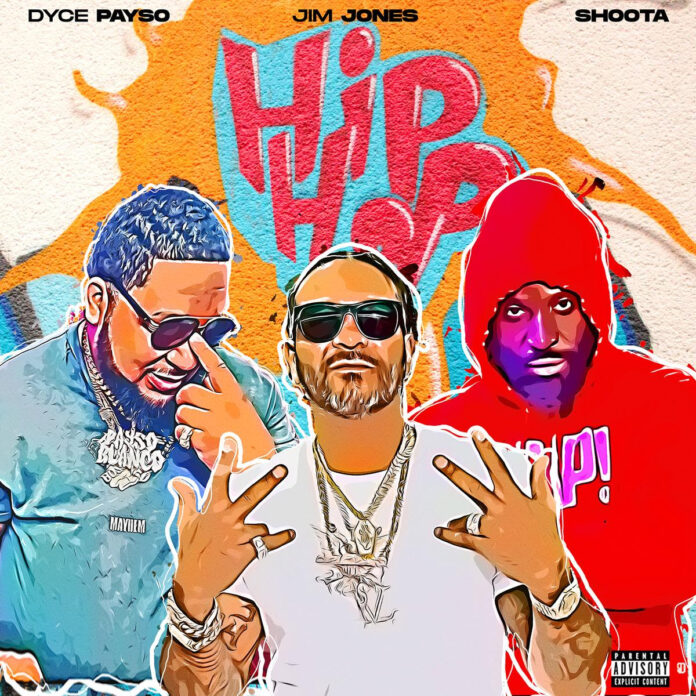 Jim Jones is a hip hop icon, television star, entrepreneur, and entertainment mogul and one of the founding members of The Diplomats. Jones is known for successful hits such as “We Fly High” and “Pop Champagne” along with starring television roles on VH1’s Love & Hip Hop, Chrissy & Mr. Jones, Vow or Never and Marriage Bootcamp Family Edition via WEtv. Jim recently starred in Irv “Gotti” Lorenzo’s anthology series TALES on BET and The Drip Report featuring Weavahman Jim via Revolt.

A new single, titled “Hip Hop,” featuring Jim Jones with Dyce Payso and Shoota released on June 25th, is the first release through Jones’ new Byrdgang 2.0 label with eOne, and will be featured on the first full-length release set to hit streets this fall. Dyce Payso and Shoota are two of the new artists that Jones introduces on the label.

Jim is the founder of Quarantine Studios, the first platform with a virtual studio where musicians can record live in real time and have unprecedented access to established music professionals, now partnered with Tidal and available on Amazon Web Services. He also has his own Cryptocurrency coin, the Capo Coin. Jim is a partner of Saucey Extracts Vamp Fit. He also was a partner in the VL-mobile communication service, Vampire Life Clothing as well as the VampBerry beverage brand.

Recent albums, The Fraud Department, El Capo Delux, El Capo, and Wasted Talent all received significant praise from critics – the Howard Stern Show called the recent album a “masterpiece,” while the Joe Budden Podcast and Complex, said Jones had one of the top albums of 2018 and 2019. Diddy said Jim Jones has elevated himself as an emcee. Jim has a significant social media following, with over 5 million followers on Twitter and Instagram combined and is dedicated to various humanitarian efforts and has displayed his affinity for giving back to the inner-city youth community through VAMP Cares.