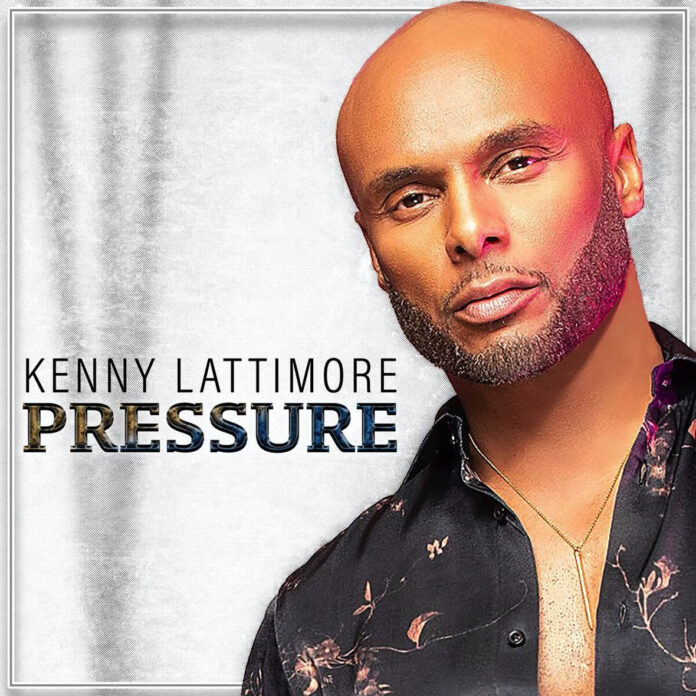 The official new single, ‘Pressure’ from multi-award-winning singer-songwriter Kenny Lattimore, was recently released. The single is steaming up the airways and has us all craving for love. ‘Pressure’ is available on all streaming platforms now via the SRG ILS/Sincere Soul Records label imprint.

‘Pressure’ was produced by Bizness Boi, FWDSLXSH, and Blake Straus and was a song Lattimore knew he instantly wanted to record. The Song upholds Lattimore’s musical reputation, as he is famous for delivering just the exact dose of classic crooning, exceptional runs, and authentic emotion.

The Washington DC native dazzles audiences with an unprecedented range influenced by his classical, jazz, and gospel upbringing. He has placed a distinctive stamp on classic songs recorded by musical icons as Donny Hathaway and The Beatles, transformed Christmas standards, and created musical magic on iconic movie soundtracks like Love Jones, Best Man, and Disney’s Lion King II Simba’s Pride.

With a career spanning over two decades, highlighted by his 1996 breakthrough single “Never Too Busy” and the wedding staple “For You,” Kenny has garnered Grammy and Soul Train Award nominations, Top 10 singles, Top 20 R&B albums and an NAACP Image Award for Best New Artist, while staying sincere about giving his heart and soul to communities through music.

Kenny Lattimore’s recording legacy includes the critically acclaimed albums, “From The Soul Of Man,” “Timeless” and “Anatomy of a Love Song,” which produced the Top 10 single “Love Me Back.” While “A Kenny Lattimore Christmas” earned a Stellar Award nomination for ‘Event CD of the Year,’ Lattimore’s ninth solo studio album “Vulnerable” produced another Top 10 hit, “Stay on Your Mind,” which climbed the charts to #7 on UAC Billboard and held top radio positions in multiple U.S. markets.

Kenny is a humanitarian who uses his life and platform as a tool to inspire others to pursue excellence and elevate positive conversation about art, culture, family and faith.

Kelontae Gavin’s Album the N.O.W. Experience is Out Now