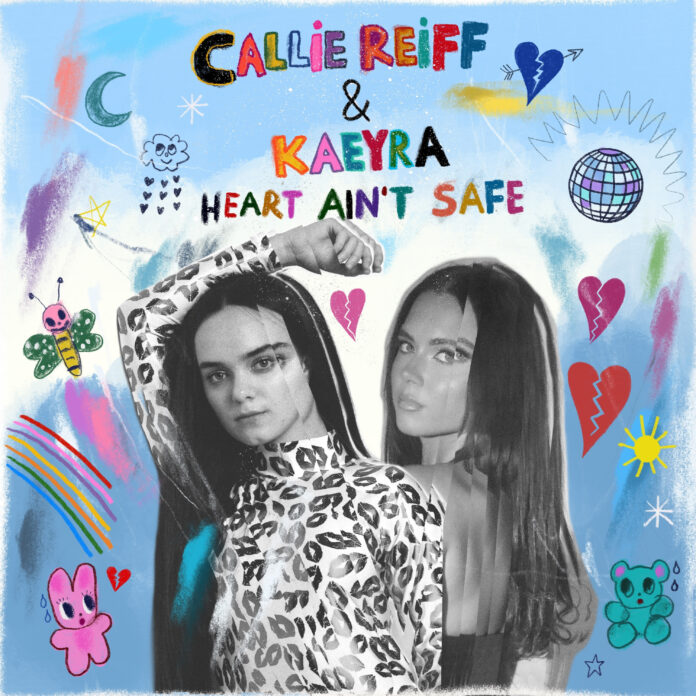 Callie Reiff is unlike most 20-something’s; the multi-talented powerhouse is a proven talent and the youngest DJ to perform at Webster Hall at 15 years old. EDMIdentity, who exclusively premiered the single, described “Heart Ain’t Safe” as “dark, feminine, and bold.” And that statement would be accurate. Callie Reiff’s soaring melodies and entrancing beats provide a cinematic backdrop for Kaeyra’s soulful voice on “Heart Ain’t Safe,” and it’s the perfect illustration of Callie’s unique “indie-club” sound.

The track represents another bold progression for the multi-hyphenate act Callie Reiff who has been making waves this year with a string of impressive singles. The single is one that will without a doubt be played on heavy rotation in dance clubs.

“‘Heart Ain’t Safe’ is about that one person who is always in the back of your mind. Wherever you are at, you know if they were there, you would ditch the party to be with them,” Callie says. “I tried to mimic the lyrics with a somewhat dark feeling bassline, intense drums, and an energy that makes you want to be in the middle of a dark rave dancing with all of your friends.”

Listen to “Heart Ain’t Safe” on all streaming platforms HERE.

ABOUT CALLIE REIFF:
From musical prodigy to industry trendsetter, New York-born-and-raised Callie Reiff is unlike any other. She was just 15-years-old when she made history as the youngest DJ to perform at Webster Hall — since then, she’s taken the stage at festivals such as Creamfields, EDC Las Vegas, Tomorrowland, and Ultra, and she’s opened for world-renowned acts like Ed Sheeran, Skrillex, and Deadmau5. From the start, her releases have captured the attention of global tastemakers like Spotify, Teen Vogue, BBC Radio 1’s Annie Nightingale, Rinse FM’s Marcus Nasty, and Diplo.

Pushing forward, the 21-year-old artist and producer have aligned herself at the intersection of indie pop and electronic with a genre she’s coined “indie-club.” She entered 2021 with “The Kids Are All Rebels 2.0 (with Lenii),” a record that set a precedent for her electrifying indie-in-the-club sound, and she’s continued the momentum with a steady stream of new singles, each one further proving that the sky is the limit for Callie’s ever-evolving career.
IG – TW – FB – DSP Link

ABOUT KAEYRA:
Kaeyra is a 19-year-old singer, songwriter, and multi-instrumentalist (piano, bass, guitar, drums, flute) hailing from Chicago and now based in Los Angeles. At 14, Kaeyra was discovered by Post Modern Jukebox, and her video with them has amassed over 23 million views to date. Her talents have taken her across the world, including a trip to Warsaw, Poland, where she performed for the country’s president at his request. In May 2021, Kaeyra released her debut EP 11:11.’
IG – TW – FB – DSP Link

Lizzo New Video, 2 Be Loved (Am I Ready)