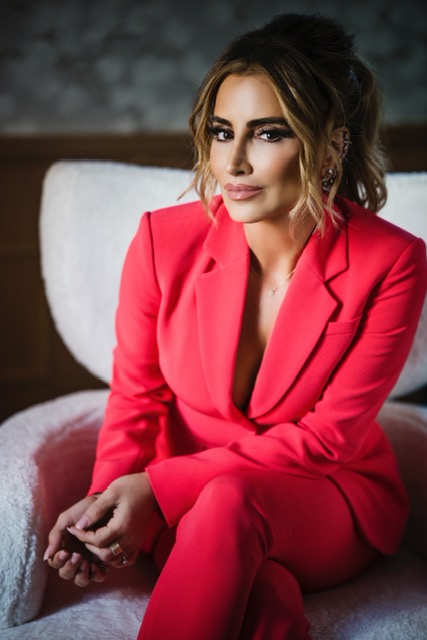 Doctor of Psychology Venus Nicolino, or Dr. V, is a well-known and well-respected human behavior specialist, always ready to serve up frank and fresh advice. With the success of her book Bad Advice: How to Survive and Thrive in an Age of Bullshit, she quickly became a best-selling author and soon became a prominent media personality. If there’s one popular topic that frequently fits into the idea of an Age of Bullshit, it’s cryptocurrency. Whether it’s excited relatives telling you it’s the future or others scoffing at the idea, very few on both sides ever seem to really grasp what different cryptocurrencies are or how they work. So why are people so attracted to them?

As a human behavior specialist, Dr. Nicolino can point us in the right direction. In some ways, not understanding cryptocurrency can make people even more interested in investing in it, as all they see are wild swings in value and tweets from people and their fortunes made in cryptocurrency. But, people can do an excellent job of putting on blinders of their own to ignore the huge losses of value, instead only seeing an opportunity for infinite growth. Dr. Nicolino can help explain some of the deeper psychological principles behind this behavior, as well as some of the important events that keep bringing cryptocurrency to people’s attention.

Dr. V offered us some of her perspectives on the current situation in crypto and what has contributed and continues to contribute to its allure.

ENSPIRE: You’ve mentioned that a large reason for the interest in crypto is the freshness. Do you think as that dissipates, crypto will stabilize or become irrelevant?

Dr. V: I’d love to know for sure so that I could put a down payment on a private island. While I don’t see it dying, it’s difficult to imagine it as a stable investment. Tech moves much faster than regulators.

Dr. V: Mark Cuban loves tech. Many only know him as an NBA owner and Shark Tank investor, but he made some of his early money diving deep into mind-numbing computer operating systems. I’d be shocked if he went into crypto not doing his homework, unlike the average investor.

ENSPIRE: You’ve mentioned additionally that the mystery of Bitcoin and its unknown creator adds to its allure, but other cryptocurrencies like Ethereum are open both with their origins and their desired directions as organizations and communities. Does their success come from a similar freshness despite lacking that aspect of mystery?

Dr. V: Bitcoin may be unique in the area of mystery. But it’s the Kleenex of crypto. Certainly, other companies benefited from Bitcoin coverage. Serious investors and techies will seek out crypto options that resonate with them, while the mainstream may never dig deeper than what Forbes mentions.

ENSPIRE: Bitcoin has been out for over a decade, with other cryptocurrencies approaching a similar lifespan as well. At what point is it no longer necessarily fresh?

Dr. V: For people playing around with it – the next shiny thing could rip their attention from it. Also, if enough people lose their life savings and it gets publicized, that should quell some of the excitement.

ENSPIRE: Do you think at this point the interest of certain well-known figures like Elon Musk and Mark Cuban are helping keep these cryptocurrencies alive?

Dr. V: Sure as hell can’t hurt to have Elon Musk mentioning crypto. Tesla doesn’t even have a marketing budget. He generates enough attention by opening his mouth and tapping out tweets.

Dr. V: No story beats an underdog story. People took tremendous pleasure in billionaires losing tons of money due to average Redditors inflating GameStop stock prices. The connection was made with crypto due to the “artificial” inflation of Dogecoin. Some saw crypto as a way to slay a giant or at least make some easy money because the idea was no longer in the shadows. Regardless of whether the value of Bitcoin rises or falls, more people are now aware of the game.

The number of ways that cryptocurrency can entice someone is incredibly high at the moment. It doesn’t matter if you don’t understand Bitcoin mining rigs or hash rates or NFTs; in fact, too much knowledge could be a bit scary. Instead, seeing a new and fresh currency that, to many, represents the future creates an immense attractiveness for these different cryptocurrencies. Along with huge jumps in value and tweets from certain respected investors, it’s no surprise, as Dr. Nicolino points out, that people can be attracted to the freshness of a Bitcoin instead of a dollar bill. You can find more about Dr. V in her new book Bad Advice: How to Survive and Thrive in an Age of Bullshit, as well as her website.

Kelontae Gavin’s Album the N.O.W. Experience is Out Now